The Onion Is Not a Joke 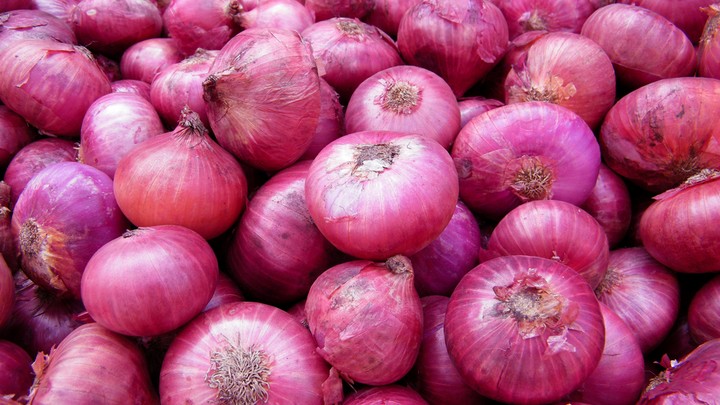 The Onion had a problem: It fell behind the times. The mock newspaper hadn’t printed an issue on actual paper since 2013, and in the period since, it never redesigned its website. As the media world changed—as the New York Times and the Washington Post adapted the ways they published stories online—The Onion lost a key satirical weapon. Visually, it no longer looked like many of the publications it parodied. And so, like it had done many times before, The Onion tagged along.

A website redesign is a big deal for any publication. (Ahem.) It costs time and money, but more importantly, it's an opportunity for a publication to slow down and consider its purpose. Redesigns prompt conversations about editorial mission and business strategy, how the places on a page that hold "content" might be improved—or, at the very least, mixed around a little bit. The Onion unveiled its new website on Friday, and through it, we can see a glimpse of what The Onion might become: a real media empire.

"We always try to evolve in line with that other publications are doing," Cole Bolton, The Onion's editor, told me. "The way we want to present our information is how other news outlets are presenting their information. We have to adapt to what they're doing."

This approach—one of mimicking the media companies it parodies—makes sense for a publication that wants to “call out bullshit,” as Bolton put it. So The Onion’s new design will seem familiar to anyone with a hearty media diet. All the fashionable flourishes are there: larger headlines; infinite scrolling; a responsive design fit for desktop, tablet, and mobile screens; a ton of white space; basically, the works. (Also: "unlimited clicks," "optimization for the Motorola RAZR," and "no plate tectonics.") It's an attempt to keep up with the visual language of digital media, and as far as I can tell, it succeeds.

The Onion, as anyone who reads it will tell you, mines humor out of media trends. In recent years, though, the company has turned that formula on its head to finance itself. As the site lampooned sponsored content with a characteristically sharp eye, its corporate overseer, Onion Inc., set in motion a plan to beat media companies at the same game. With a strategy that seems meta even by satirical standards, The Onion’s BuzzFeed doppleganger, ClickHole, has become a force on the social web in its own right: The Onion set out to lampoon stories designed to be shared on Facebook by successfully making stories that people want to share. Now, The Onion is not just a comedy website. Onion Inc. cannot be described, simply, as a publisher. It has been transformed into a bonafide digital media company—with a profitable, in-house advertising agency in tow—that wants to succeed where the targets of its barbs have not.

Within the next year, the company plans to spin off several new websites, launch a studio to develop films and TV shows, and possibly, raise money from new investors. "We want to be one of the few new media companies that's able to figure out these changes that are taking place," Mike McAvoy, the president and chief operating officer of Onion Inc., told me. An avalanche of money is waiting for whoever effectively blurs the line between publishing and advertising. "Ultimately, we see everything as converging, and if you're a great content creator, your business will thrive," he said.

Is Onion Inc. thriving? McAvoy declined to share detailed budget figures, but says that profit has increased over the last five years. The business makes money. Which is notable, especially in media, where profitability is no guarantee. The company’s success is directly tied to the emergence of Onion Labs, a full-service advertising agency that operates in-house. It's difficult to overstate the rise of Onion Labs. A bit more than three years ago, it didn't exist. Today, it's responsible for 81 percent of Onion Inc.'s total revenue. (I'm going to repeat that: 81 percent!) Whatever you call the work they do—branded entertainment, branded content, sponsored content, native advertising—Onion Labs has clearly become the linchpin of the company's future.


Here's how it works: When an advertiser sponsors an Onion story—that is to say, when an Onion contributor writes a story that's pitched, sold, and packaged to an advertiser by Onion Labs—it bears a stamp of approval from T. Herman Zweibel, the paper's very fictional, very avaricious ex-publisher: "I hereby approve this commercial endeavor as fit for publication in The Onion news-paper. May the ox of journalism always be yoked to the cart of commerce." The story is published under a theme chosen by the advertiser, such as “good times” by Four Loko, then surrounded by non-sponsored stories matching that theme. The sponsored work is labeled as such—when I spoke with several Onion Inc. executives, they all recited a mantra of "training, not tricking" their audience, whatever that means—and is typically packaged with branded video and social-media campaigns.

Of course, this sponsorship model raises concerns about editorial independence. Yes, even made-up news is theoretically subject to pressure from advertisers. When an advertisement is made to mimic the look and tone of a story, it can potentially undermine the purpose and intent of any story. Those questions have not gone unnoticed by Onion staffers, although none I spoke with argued much against the company's practice. "We've had an anti-corporate rebellious streak throughout our editorial history," Bolton told me. "If we start turning into what we've taken stances against, I think that compromises what we do."

These concerns, naturally, are much bigger than The Onion. That's part of what makes it a fascinating case study. The Onion was created to parody traditional media, but it depends on the very same business models it sometimesmocks. As old models disappeared, Onion Inc. faced the same problem as every other major publisher in America. It needed new ways to save and make money. In 2011, the company consolidated its offices in Chicago, a controversial move that cost The Onion more than half of its writing staff. A year later, Onion Labs was formed. Another year after that, the print edition of The Onion folded. And so, as Onion Labs grew into a moneymaker—as the overhead cost of printing and distributing a physical newspaper was sloughed away—The Onion became a tidy case study of what it takes to survive a post-print world.

McAvoy insisted the company's goal is to "create great content." (When we spoke, he repeated that line on nine occasions. He's very attached to it.) I wonder, though, how do they judge greatness? How does Onion Inc. guarantee, as the senior vice president of content Rick Hamann suggested to me, that they're "putting sponsored editorial through the exact same rigor as anything else" on The Onion? Yes, the writers who handle sponsored stories are also Onion contributors. And yes, Onion staffers edit and review sponsored stories before publication. But, what happens when they're justnotfunny? Who gets blamed when sponsored jokes don’t land?


This leads back to the inherent contradiction within Onion Labs. Will a story like "Middle-Aged Cat Can’t Begin To Compete With Adorable Kittens On Internet" make people laugh just as hard when they know it's paid for by a kitty litter company? I don't know. Maybe it will, if you really like cats. These questions certainly haven't deterred advertisers or audience, though. When ClickHole debuted in June 2014, a beef-jerky company sponsored the site's launch. Thirty million people collectively visit The Onion, ClickHole, and The A.V. Club every month, according to a company spokesperson. (The A.V. Club is the entertainment arm of Onion Inc.) Business may not be booming just yet, but McAvoy says it's healthy and projected to keep growing.

In 2013, the writer Farhad Manjoo noted how The Onion had responded clumsily to pressures within the digital media industry. Like many companies, Onion Inc. began publishing more stories online, on a tighter production schedule, with arguably looser standards. "Now, more than ever," he wrote, "The Onion is in the same boat with the rest of the media." Two years later, they're still in that same boat, but they're also several steps closer to buying a yacht.

By mid-summer, the company plans to launch Onion Studios, a standalone hub that will host videos from The Onion, The A.V. Club, and ClickHole alongside original programming. The studio model represents a new way to make money through development deals on film, television, and digital platforms. "You'll see quite a few shows out of us," McAvoy said. "And they'll be shows that, unlike [IFC's Onion News Network, which was cancelled in 2011] or [Comedy Central's Onion SportsDome, also cancelled in 2011], they won't feel like they just fit underneath The Onion." McAvoy also told me that they're planning to spin off several new websites toward the end of 2015, inspired by the success of ClickHole. "Some will be comedy, some will feel closer to The A.V. Club than The Onion. You'll see a mix of executions from us," he said. Sponsors will underwrite each of those sites.

So, what will the future of The Onion look like? Will the classic news-parody format survive as the company turns toward other, much more profitable projects? Yes, obviously. The Onion is a comedy institution. It's the newspaper that built a media company from "Area Man" jokes and spectacular wordplay. One thing is certain: if the media industry changes, expect The Onion to adapt with it.