(CNN)While it may be easy to dismiss a significant number of President Donald Trump's supporters as members of a worshipful cult of celebrity, underneath that storyline is a stark policy reality -- one that's inadequately understood and reported on. In Trump, politically conservative America has a once-in-a-generation opportunity to fundamentally alter the direction of the nation.

It is an opportunity to abandon the US' commitment to engaging politically and militarily around the world after World War II and alter the relationship between Americans and their government -- one built in the New Deal and solidified since. Meanwhile, the press is too unprepared, under-resourced and distracted by the noise surrounding the White House to grasp the momentousness of this shift.
This opportunity also involves reshaping the judiciary, and abortion rights in particular. This issue is discussed widely among Democratic candidates and somewhat more quietly by mainstream Republicans. When Trump delivered a speech at last month's March for Life, becoming the first US president to do so since the annual event began more than four decades ago, many supportersagreed with his own claims of being the "most pro-life president in American history."
If Trump wins a second term, he will likely have the opportunity to add at least one justice to the Supreme Court. Trump will also continue to appoint conservative judges in the federal court system -- all but guaranteeing the most concerted legal and legislative attack on abortion rights since Roe V. Wade.
In a piece written a month before Trump's inauguration, I suggested that the media was unprepared for both the policies the Trump administration was about to unleash, and the communications strategythat would be implemented. There was an inadequate sense at the time about the level of drama and change that would characterize these years. The Trump administration has ushered in daily fact-checking challenges for journalists and policy initiatives with grave consequences that have not been sufficiently explored or analyzed. 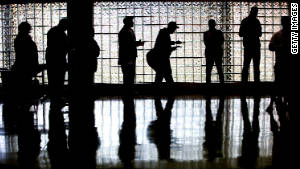 Russia learned this lesson from the 2008 election. Have our presidential candidates?

While national media has received generally deserved plaudits for covering the scandals surrounding Trump's presidency, it has largely fallen down on covering the administration's impact on social policy, federal regulations and foreign affairs.
To be fair, some of the changes under President Trump have been previously unimaginable. In the run-up to the 2016 election, how seriously did the media assess the possibility of truly disruptive change in US foreign policy and the strain Trump would place on our country's relationship with our allies?
Was the rapidly shrinking role of the State Department contemplated before Inauguration Day? And how much reporting has really been devoted to understanding the implications of that kneecapped department? How much attention in late 2016 and early 2017 was given to the possibility of a $1 trillion deficit by the end of Trump's first term and the implications of such a quick reversal after decades of Republican orthodoxy about balanced budgets?
Then there's Trump's embrace of North Korean dictator Kim Jong Un and other strongmen, and the revolving door of the Trump cabinet (recall former Health and Human Services Secretary Tom Price, former Environmental Protection Agency Administrator Scott Pruitt, former Interior Secretary Ryan Zinke, among others, left the administration under clouds of scandal). Their policy legacies and the condition in which they've left their respective agencies or departments are, frankly, a bit of a great unknown. What did those three actually get done? And what did former Energy Secretary Rick Perry actually do, other than get caught up in the Ukraine debacle?
There's little evidence that our news diets and the priorities of major news organizations reflect these critical but often uncovered events. Smaller publications and local newspapers face dwindling resources. Many of the Washington and national bureaus of once large metropolitan newspapers, news magazines and TV group bureaus are hollowed out or gone entirely. 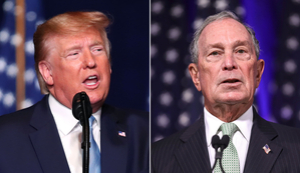 Are Dems so worried by Trump they're willing to let Bloomberg buy the election?

Beyond the news industry's resource limitations, there's also what was famously called in the government report after the September 11 attacks the "failure in imagination" and the inability of policymakers to see what might lie ahead. More than ever, the media has a responsibility to address the stories and coverage requirements ahead with renewed imagination.
Today Trump's approval ratings are rising and despite impeachment, the prospects for a second Trump term are improving. What will a second term bring once President Trump no longer has to face the prospect of winning another election? Certainly, there's the possibility of a further US withdrawal from global agreements. A US withdrawal from NATO has received some attention, but what about a US pullback from the United Nations? What would come of the UN, based in New York City, if the US threatens to limit funding or withdraw entirely?
What would a more dramatic restructuring of the federal environmental apparatus mean? Is there any doubt that some influential members of the Trump universe would like to see the Environmental Protection Agency shut down or folded into another federal entity with bare-bones staffing?
Then there's regulation around public lands that have already being systematically dismantled in places like Utah. Just this week the administration gave the go-ahead to development in previously protected sites there. Pick just one piece of the national regulatory infrastructure and imagine it a target of significant disruption: What would the possible effects be in 10 years?

Do you think the GOP's loyalty to Trump is simply about celebrity adoration? It's not -- here is a President who is willing to break the norm to fulfill the conservative agenda.
Contemplating the possibilities of a GOP control over the legislative and judicial branches, along with a second term under President Trump -- and the indifference to oversight, congressional investigations and transparency, requires a media with properly deployed resources and the continued growth of new entrepreneurial news organizations that can cover both local news and underreported issues. It is no time for a "failure in imagination."