I got serious about music early: my first year in high school. My mother suggested I apply to the marching band as a drummer, which I did. The director laughed at me because I didn’t know how to play.
That summer, I took lessons from Cozy Cole’s brother – again, on the advice of mom. I returned after the summer and was appointed to the Manasquan High School drum row. Soon after, I heard about a local group, The Rockets, and decided to form a band of my own. Accordion player Dave Martine and guitar player Ron Grunau joined me while I played the drums, and we called ourselves The Four Teens – although it wasn’t really an appropriate name, since we were a trio.
We worked immediately at teen-filled canteens, sock hops and coming out parties, making money while still studying in high school. But soon, I graduated and ended up with a new gig flipping burgers on the beach. (Ah, the glorious road to stardom…)
The Four Teens had had a following, and a drummer named John Shaw had asked to sit in a couple of times. While I was working over the grill at the beach one day, John came in and asked if I wanted to join his band, The Tokays. I asked what he was playing, and he replied, “The drums.”
So I said, “What do you need me for?”
Turns out, John needed a guitar player. Only one problem: I didn’t know how to play. He knew that, but when he offered to pay me $100 a week, I figured it out real quick. I learned three songs in two weeks, just in time for our first gig: “Walk Don’t Run” by The Ventures, “Honky Tonk” by Bill Doggett and some general rhythm background. We played those same songs over and over again on the first gig and – unsurprisingly – got fired. Then we went back to the garage and added a saxophonist and a bass player, becoming The Jaywalkers. We learned a few more songs, then hit the road, working all over the eastern seaboard and the Midwest.
After that, I took up another instrument, the Hammond organ, and eventually headed up a new band, The Upper Level. We played up and down the east coast as well as a few USO tours to Roosevelt Roads in Puerto Rico. All told, I was a professional musician for about 16 years. But even though my life took me in other directions (like it always does), I couldn’t quite get the music out of my blood. I played as a DJ on the radio for some small stations for a few years, but I never went mainstream. I didn’t know how.
Then one day, my old friend Doc Holiday gave me a call out of the blue. I hadn’t heard from him in
30 years. He asked about my DJ status and if I wanted to be heard worldwide – and of course I said
yes. All these years and travels later, my home is in the Florida swamplands, and so 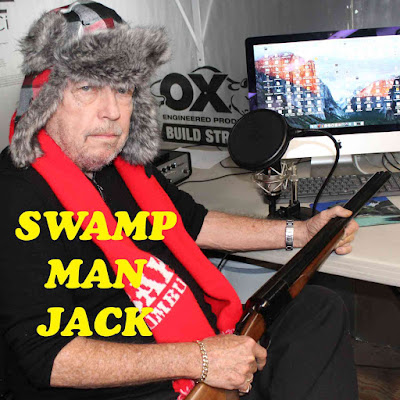