How Country Music Has Changed Over The Years... 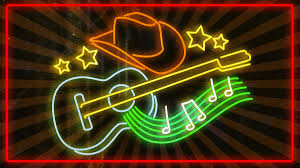 It’s been a long road to get from Jimmie Rodgers to Taylor Swift; a blissfully entertaining road, of course, that has taken us through a host of legendary names, massive choruses, charismatic performances and iconic moments.

Today’s country music stars — an altogether more polished generation of songwriters — have created an absolute storm in the UK recently.

If you needed any proof; last month’s Country 2 Country festival, here at The O2, was a true testament to the genre’s popularity in the modern world (if you didn’t go, it was an incredible, and insanely busy weekend).

Like everything in life, though, country music had to start somewhere.

To get to where it is today, we’ve witnessed some epic generations come and go — from Hank Williams to Johnny Cash, through to Dolly Parton and Brad Paisley — with each new host of stars adding something unique and wonderful to what the previous generations did, helping the genre grow and evolve as the world around it changed.

If you’re just getting into country, here’s a glimpse at the historical journey that has allowed the likes of Taylor Swift and Florida Georgia Line to be what they are today...

The 1920s is where it all began — with Atlanta’s music scene, in particular, playing a significantly influential role in country’s beginnings.

Among the artists most recognized for their influence within the decade were Jimmie Rodgers and the Carter Family, who are widely accredited for bringing country music to a wider audience.

The two decades between 1930 and 1950 saw radio become the go-to choice for household entertainment, which helped propel country music to new levels. It was during this time that Bob Mills, among other musicians, began introducing electric guitars and drums to his live band.

Aside from the birth of bluegrass, the most significant influence came from country legend, Hank Williams, who became a key figure in the honky tonk scene.

By the time the ‘50s rolled around, country music would commonly blend the influences of honky tonk, country boogie and Western swing into one, more modern sound.

This evolution would lead to the introduction of rockabilly — arguably the most popular music amongst country fans of the era — with artists such as Johnny Cash leading the way.

During this time, the ‘Nashville sound’ propelled the genre into a multimillion dollar industry, and welcomed more of a pop music structure to take over the mainstream markets.

The ‘70s saw the rise of ‘outlaw country’ — pioneered by Willie Nelson — which was an altogether angrier take on the genre, inspired by an anti-establishment spirit.

This would quickly shift into the more sugary ‘country pop’ and ‘country rock’ sounds, brought to the masses by artists like John Denver and Dolly Parton.

Country music utterly took the world by storm throughout the ‘90s, largely thanks to the popularity of Garth Brooks, who broke countless records throughout the decade.

Female artists, including Shania Twain and Faith Hill, paved the way for the phenomenal Dixie Chicks, who would go on to sell over 30 million records and become the highest selling female band in American history.

Which brings us to today, where the likes of Taylor Swift and Florida Georgia Line have dragged the genre into the 21st Century, and cemented their place in the long list of country music greats!

We can’t wait to see where the genre is heading next…
Posted by Unknown at 22:23