Bumper-Stickers Seen On Military Base 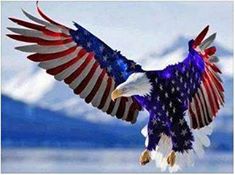 Here are some military expressions that are reminders of the work that is being done in our behalf!
• 101st Airborne Division- “ When it comes to Combat, we care enough to send the very best”
• “When in doubt, empty the magazine”
• “Sniper – You can run, but you’ll just die tired!”
• “Machine Gunners – Accuracy By Volume”
• “Except For Ending Slavery, Fascism, Nazism and Communism, WAR has Never Solved Anything”
• ” U.S. Marines – Certified Counselors to the 72 Virgins Dating Club”
• " U.S Air Force – Travel Agents To Allah”
• “The Marine Corps – When It Absolutely, Positively Has To Be Destroyed Overnight”
• “Death Smiles At Everyone – Marines Smile Back”
• “What Do I Feel When I Kill A Terrorist? A Little Recoil”
• “Marines – Providing Enemies of America an Opportunity To Die For their Country Since 1775"
• “Life, Liberty and the Pursuit of Anyone Who Threatens It”
• “Happiness Is A Belt-Fed Weapon”
• “It’s God’s Job to Forgive Bin Laden – It was Our Job To Arrange The Meeting”(Gen H. Norman Schwarzkopf )
• “Artillery Brings Dignity to What Would Otherwise Be Just A Vulgar Brawl”
• “One Shot, Twelve Kills – U.S. Naval Gun Fire Support “
• “My Kid Fought In Iraq So Your Kid Can Party In College and Protest”
• “A Dead Enemy Is A Peaceful Enemy – Blessed Be The Peacemakers”
• “Some people spend an entire lifetime wondering if they made a difference in the world. But, the US Marines don’t have that problem.
The American soldier does not fight because he hates who is in front of him; he fights because he loves who is behind him.
God bless them all..
Posted by Unknown at 11:20