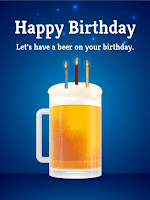 Born on this day outside of Kiowa, Oklahoma, Reba McEntire, country music artist and actress who has scored 35 #1 singles and released over 25 albums. Sometimes referred to as "The Queen of Country", she has sold more than 70 million albums worldwide as well as starring in her television sitcom, Reba for which she was nominated for the Golden Globe Award for Best Performance in a Television Series–Musical or Comedy.

1969
Born on this day in Knoxville, Tennessee, Rodney Atkins. Signed to Curb Records in 1996, he charted his first single on the Billboard country chart in 1997, but did not release an album until 2003's Honesty, which included the #4 hit "Honesty (Write Me a List)".

1981
Willie Nelson was at #1 on the country chart with “Angel Flying Too Close to the Ground", a track from the film Honeysuckle Rose. Nelson's seventh chart topper is commonly believed to have been written about a friend of Nelsons who was a Hells Angel, who died in a motorcycle crash.

1997
Deana Carter was at the top of the Billboard Country charts with "We Danced Anyway." Written by Randy Scruggs and Matraca Berg, it was released in December 1996 as the second single from her debut album Did I Shave My Legs for This?

2012
Pioneering banjo player Earl Scruggs, who is credited with helping create modern country music, died aged 88 of natural causes at a Nashville hospital. Scruggs rose to prominence when Bill Monroe hired him to play in the Blue Grass Boys, one of the defining groups in the bluegrass musical genre.