Nor'easter bears down on East Coast as California braces for its own storm; evacuations underway on both coasts 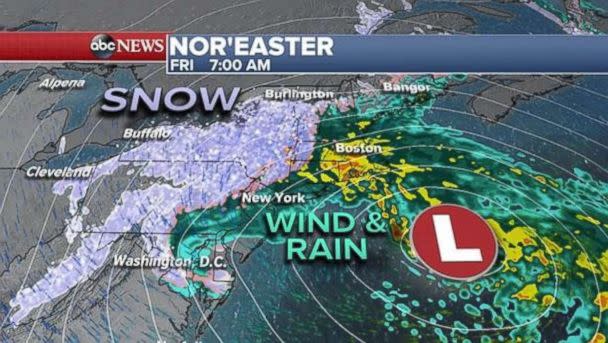 Residents from the Carolinas to Maine are in the line of fire from the developing nor’easter that's set to tear through the East Coast, bringing flooding rain, high winds and heavy snow, as well as coastal flooding and erosion.
The heavy rain will hit parts of the eastern Great Lakes today and then continue to move east by this evening, bringing heavy rain overnight to the Washington, D.C., area, Philadelphia and New York City.
Snow is falling today in Detroit and Cleveland and will hit western New York by tonight.

Friday is the major day for the nor’easter: Heavy snow will fall across the interior Northeast while heavy rain pummels the coast.
One to 2 inches of rain is expected from Philly to New York City. The Boston, Providence and Cape Cod region are forecast to see 3 to 5 inches of rain. 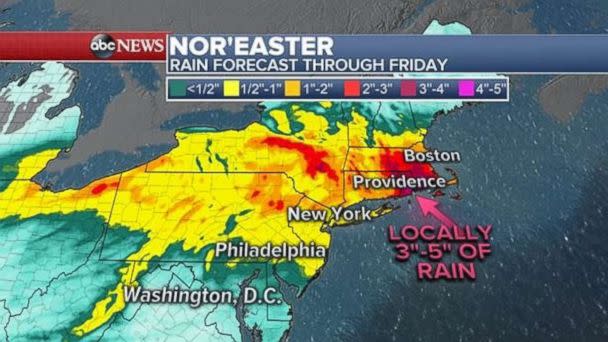 Urban flooding is possible, especially in Southeast New England.
High winds are expected across the Northeast, with frequent gusts of 50 to 60 mph. Winds may reach over 70 mph in New England.
In Duxbury, Massachusetts, the fire department is asking residents in flood zones to voluntarily evacuate at high tides during the storm.
By Friday evening, the rain will change to snow for parts of the East Coast. The heavy rain and snow, flooding on roadways, and strong winds will likely cause a rough Friday commute home. 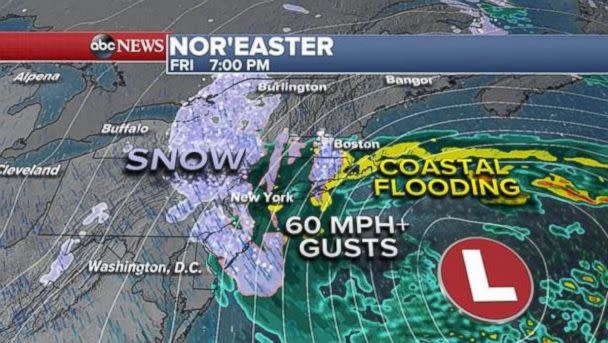 The heaviest snow will be across western and central New York state where over 1 foot of snow is possible. Several inches may fall north and west of New York City. 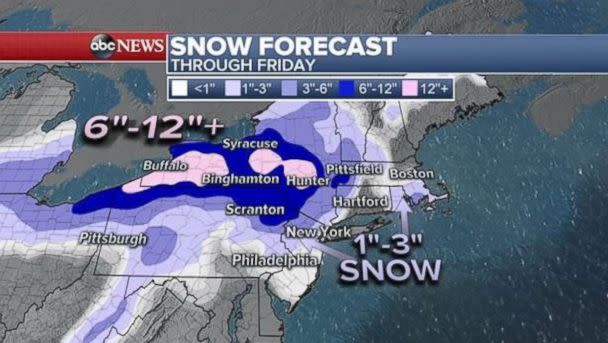 Late Friday night into Saturday the storm will pull away from the coast, stopping the rain and snow. But the gusty winds and coastal flooding threat will continue into Saturday.

Meanwhile, on the West Coast, a storm is set to bring extremely heavy snow to the mountains and possibly flooding rain to the California coast. 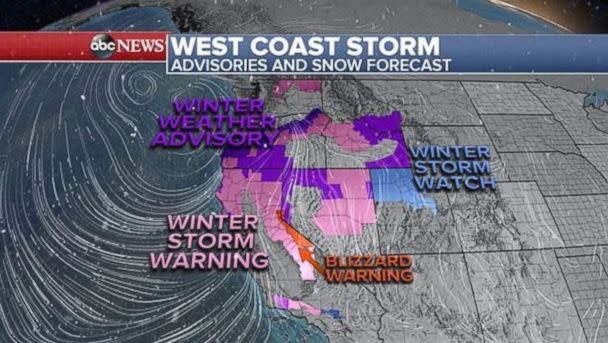 In areas of Santa Barbara and Montecito, where rain is expected to hit early Friday morning, mandatory evacuation orders are in place. These areas are especially susceptible to debris flow and mudslides.
In Northern California's Sierra Nevada mountain range, blizzard conditions and several feet of snow are anticipated. The area may also face near zero visibility and winds topping 100 mph. 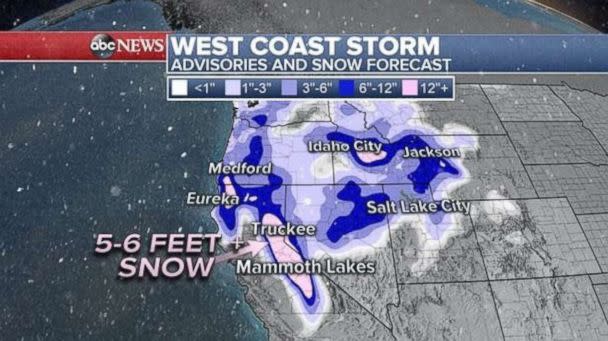