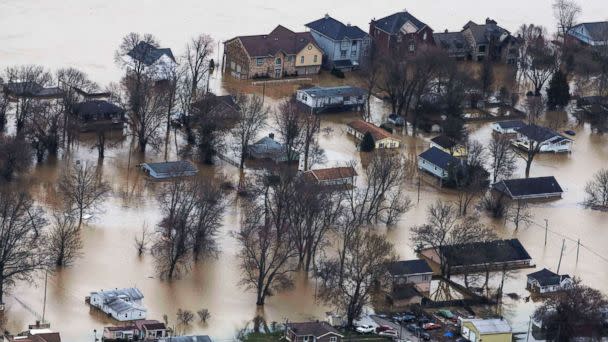 At least a dozen tornadoes touched down across the south-central U.S. over the weekend as up to a foot of rain was dumped on the region in the past week.
The heavy rains last week have led to massive flooding from Louisiana to Michigan. The Ohio River may crest near Louisville today, as parts of Arkansas and Indiana are bracing for major flood damage. 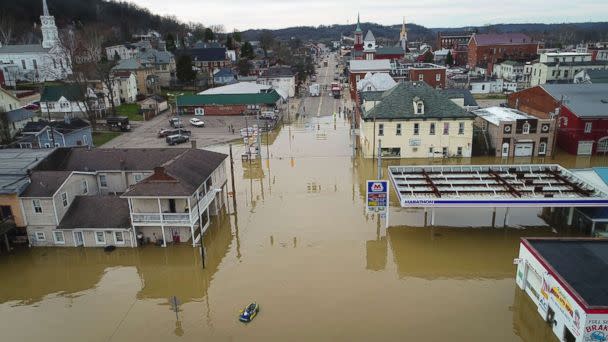 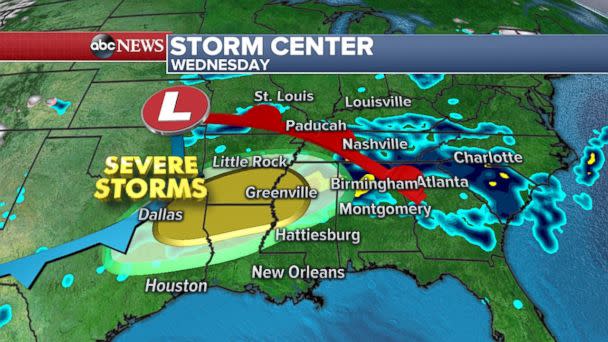 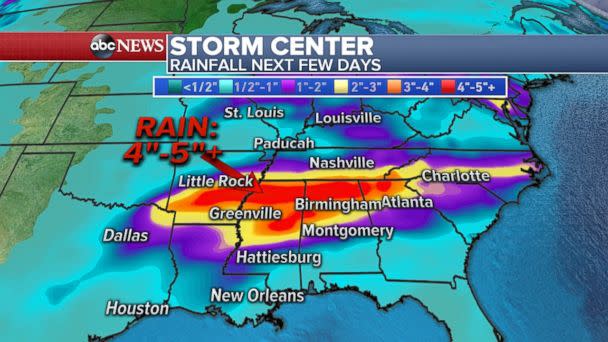 Another storm is expected to develop on Wednesday and bring more severe weather to parts of Texas, Arkansas and Mississippi. The system may miss hard-hit Kentucky.
Slow-moving storms will dump more rain all the way to Georgia, potentially aggravating already-swollen rivers throughout the region. This same storm system could keep moving east and create havoc later in the week for the Northeast. 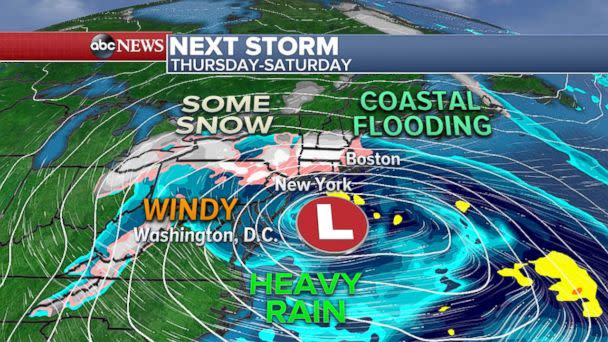 By late Thursday or early Friday, a coastal storm may develop in the Northeast, bringing with it snow, gusty winds, heavy rain and coastal flooding.

More snow is expected in the major western mountain ranges this week including the Cascades and Sierra Nevadas, which may see 10-20 inches of fresh powder through Wednesday.

Los Angeles and San Diego are expected to get heavy rain tonight, perhaps up to half an inch. The San Gabriels may see as much as 8 inches of snow as nearby higher elevations get 2-4 inches.