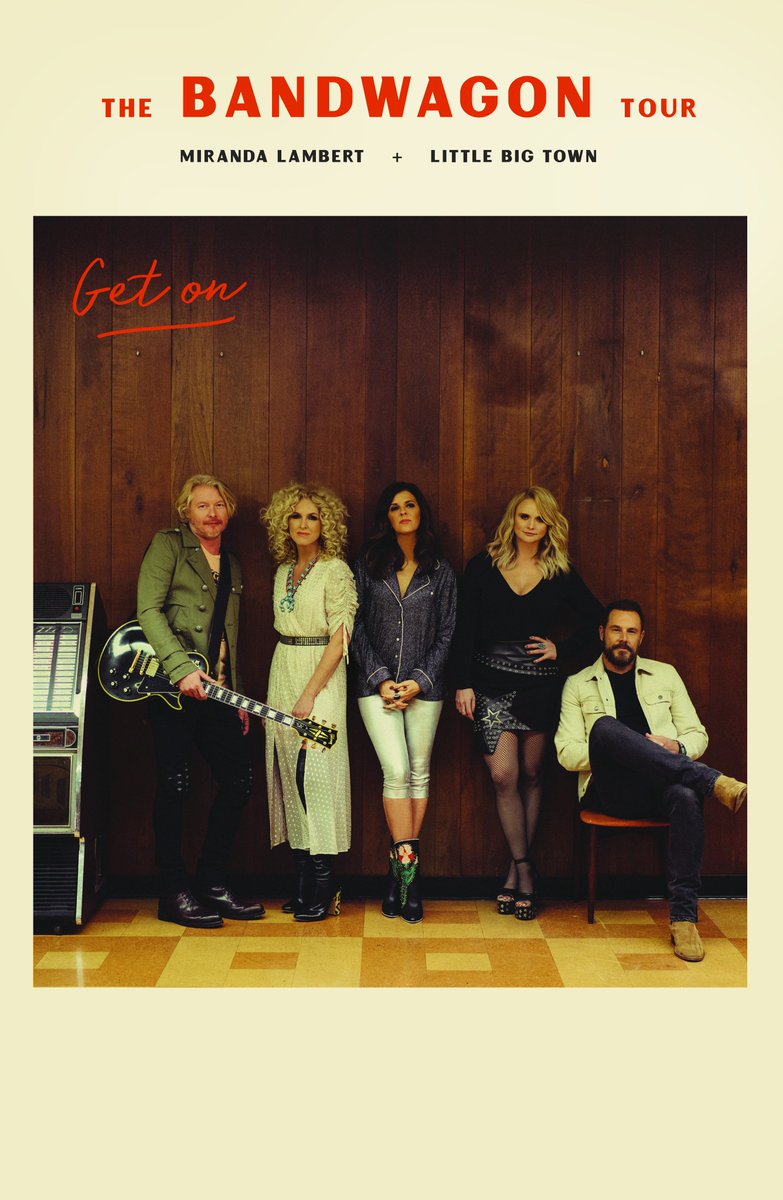 Get those cowboy boots out and ready to go country, music fans. Country music superstars Miranda Lambert and Little Big Town just announced a joint summer venture, The Bandwagon Tour, which is scheduled to kick off on Jul. 12 in North Carolina.
The first set of announced dates for the co-headlining tour include the East Coast and Midwest for a total of 13 shows, with more dates set to be announced soon.
Both critically acclaimed artists together have a combined thirty six ACM Award wins, twenty one CMAs, and four GRAMMYs and are sure to put on a fantastic show. Little Big Town's most recent album, the Grammy-nominated The Breaker, was released in February 2017, and Lambert's latest effort, the double album The Weight of These Wings, was released in November 2016.

Check out the announcements and tour dates below.