A series of storms have lined up to bring rain, snow, wind and more waves to the West Coast over the weekend.
Waves of 20 to 40 feet pounded the Pacific Northwest coast from Washington to Oregon producing flooding and damage to coastal cities. At least one man was swept to sea in Depoe Bay, Oregon, and presumed dead after the Coast Guard stopped a search for him late Thursday, ABC affiliate KATU reported.
There are 17 western states under snow, wind and high surf alerts for the storm Friday. 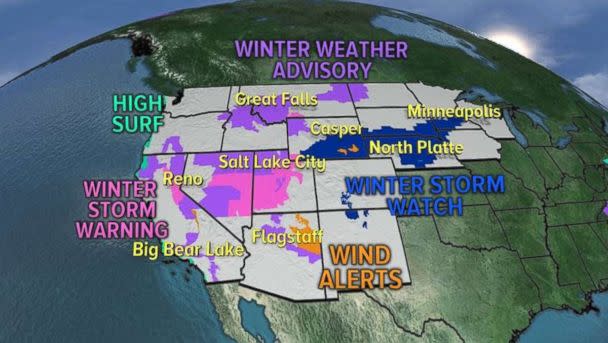 The first two storms are already bringing snow to the West, including the mountains outside of Los Angeles and San Diego, where several inches of snow could accumulate Friday. 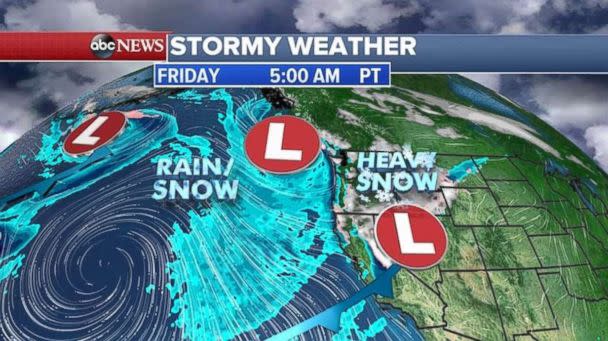 By Saturday, the storm system will be moving through the Rockies with heavy snow expected to add up to 1 to 2 feet locally. Snow will be falling in Salt Lake City and Denver as well. 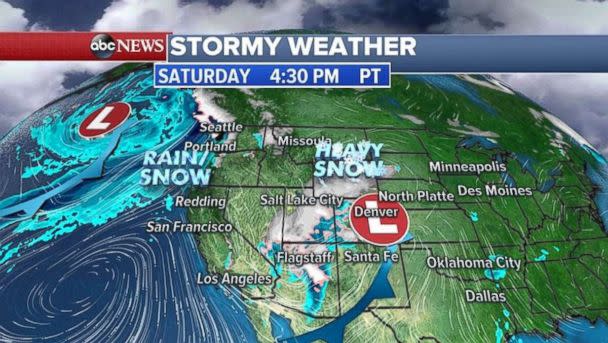 The storm system will move into the Great Plains by Sunday, strengthening and bringing a chance for heavy wet snow to the western Great Lakes and the Northern Plains, including the Twin Cities.
Heading south, thunderstorms are possible from Dallas to Oklahoma City. Some of the storms could be strong to severe with gusty winds and lightning.
At the same time, a new storm system will bring more rain, snow, high surf and wind to the Pacific Northwest beginning Sunday afternoon. 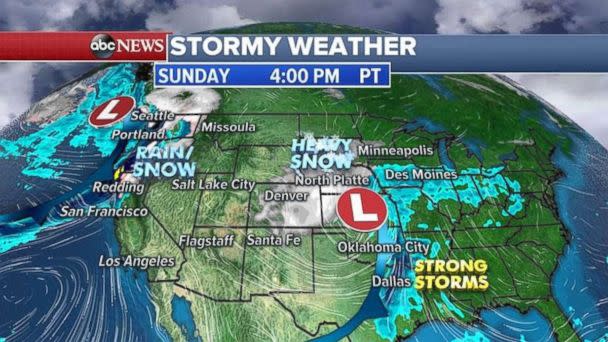 Some rain is expected today even in Southern California, around Montecito, Santa Barbara and Los Angeles, but most rainfall amounts will be less than one-quarter of an inch.
Snow will be measured in feet in the Sierra Nevada mountains and the Rockies, where up to 2 feet is possible. 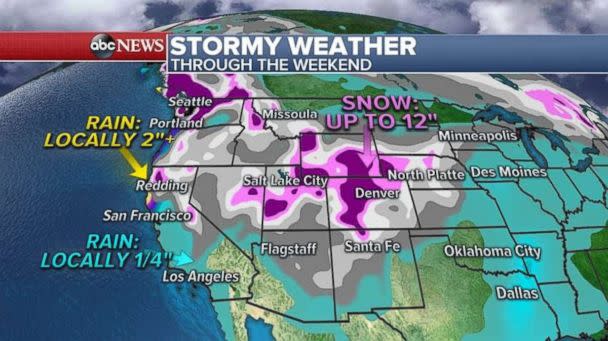 Major warm-up in the East 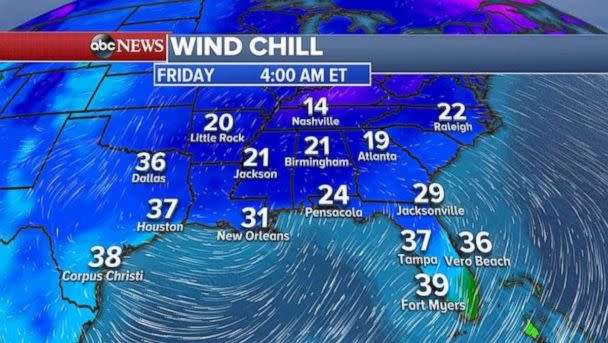 But you won’t have to wait too long for warmer temperatures, as already a major warm-up is on the way for the Gulf Coast, Great Lakes and the Northeast.
Temperatures will be in the 70s from Texas to Florida and in the 50s and 60s for most of the mid-South.
The temperatures are expected to be in the 40s and 50s from the Midwest into the Northeast. 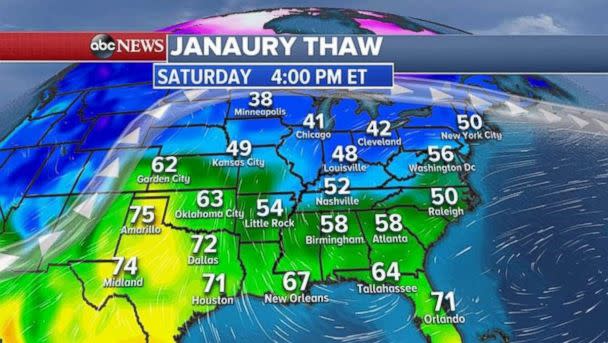