Snow, ice, flooding forecast for eastern US as storm moves into Midwest 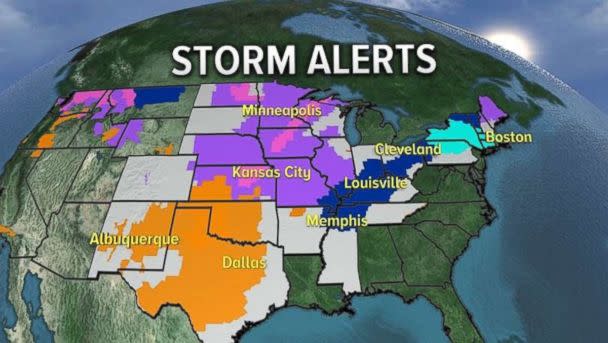 The western storm that brought the flooding and mudslides to Southern California crossed the Rockies overnight and is redeveloping and strengthening in the Great Plains on Thursday morning.
Up to a foot of snow fell in parts of southern Wyoming and blizzard conditions with up to 6 inches of snow have been reported in North Dakota.
On the southern side of the storm, winds gusted to 68 mph in Midland, Texas, producing dust storm and reducing visibility close to zero.
Dozens of states are under warnings, advisories and watches for snow, ice, flooding and damaging winds from the Dakotas down to Mississippi and all the way to Maine.
The storm system is moving through the Great Plains and parts of the mid-South with snow and blizzard conditions in the Northern Plains and thunderstorms in the southern plains.

By Friday morning, the storm system will bring colder air to the Tennessee, Mississippi and Ohio valleys and will change any rain to snow and ice, with heavy accumulation forecast.
The heavy rain and a few thunderstorms will spread into the Carolinas and eventually into the Northeast. 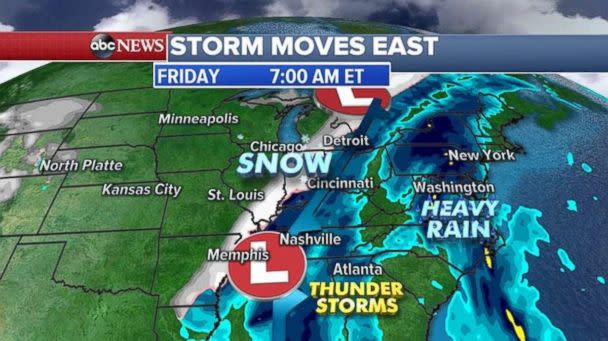 By Friday evening and night, the storm system will pick up lots of moisture from the Gulf Coast and the Atlantic Ocean, which will strengthen the storm, dumping heavy snow and ice for the interior Northeast.
Along the coast, a flood watch is in place from just north of New York City to Hartford, Connecticut, into Boston and Maine for as much as 2 to 3 inches of rain on top of the melting snow. This combination could produce flooding of local rivers and streams. 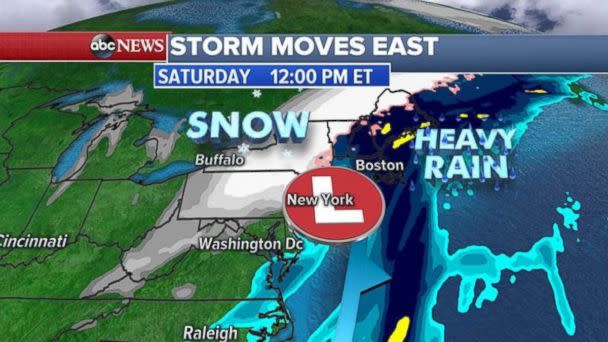 Snow accumulations in the Midwest will be up to a half a foot with ice accumulation of a quarter of an inch possible from Mississippi to Tennessee and Indiana.
In the interior Northeast, snowfall totals up to a foot in New England are possible. Ice could accumulate up to half an inch. 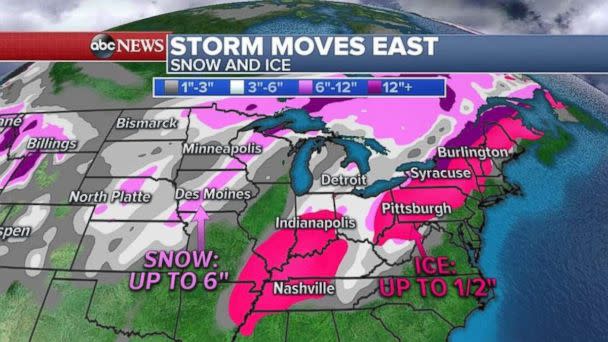 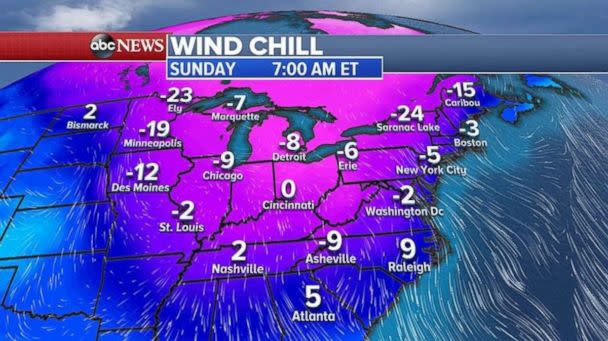