A cold and active pattern is setting up for the northern and eastern U.S. on Wednesday.
In addition to several bouts of arctic air, several shots of snow are possible from the Rockies into the Midwest and the Northeast over the next few days.
You can clearly see on the map below, all the storms lined up all the way from Pacific Ocean. 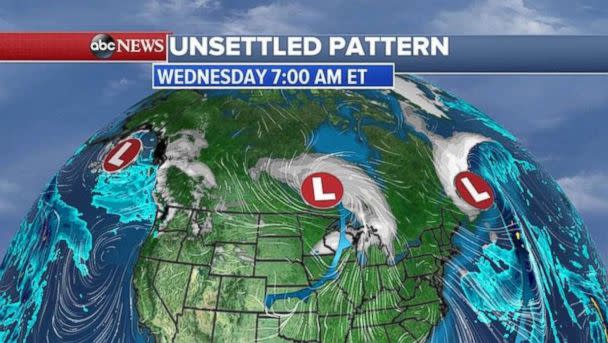 After bringing 4 to 8 inches of snow from Long Island, New York, to Maine the first storm system has moved off the coast overnight.
The next storm system on Wednesday morning is bringing some light snow accumulation to the Great Lakes and the Midwest. As this storm system moves east it will pick up some moisture from the Atlantic Ocean and the Gulf of Mexico and will spread rain and snow along the East Coast Thursday evening into Friday morning.
Because of the mild temperatures ahead of the cold front, the precipitation will start as rain for the major Northeast cities and then, as the cold front moves through, some of the precipitation will turn to snow from Washington, D.C. to New York City and Boston.
At this time, not a lot of snow is associated with this front, but isolated areas could see a few inches. 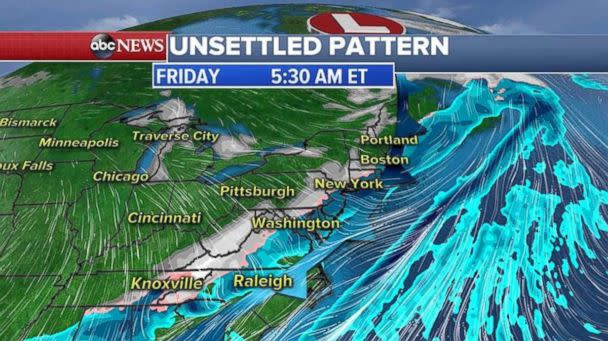 Yet another storm system will move across the country this weekend, bringing a chance of snow from the Rockies into the Midwest and the Northeast.
It will come in two parts: The northern part will bring heavy snow to the Rockies, but as it moves into the Midwest it will fall apart with lighter snowfall expected in the Midwest this Saturday.
The southern part of the storm system will have a stronger punch as it pick up the Gulf of Mexico moisture and combines with the northern system. As this large combined storm system moves east it will bring a chance for more rain and snow for the I-95 corridor from Washington, D.C. to Boston.
At this point, it is hard to tell how much snow the eastern U.S. will get, but at this point it looks like the heaviest snow will be inland, away from major metropolitan areas. 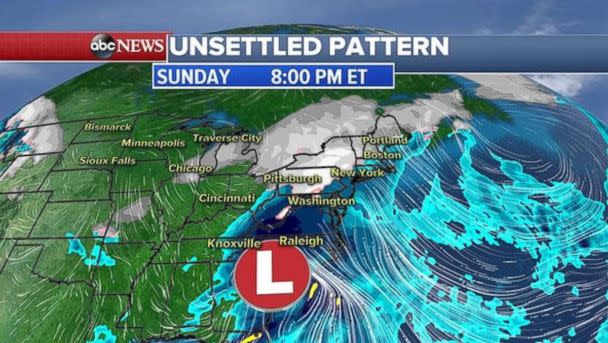 The snowfall forecast according to our European model through the next several days, including both storm systems, shows most of the heavy snow in the Midwest will be near the Lakes and for the Northeast will be inland. 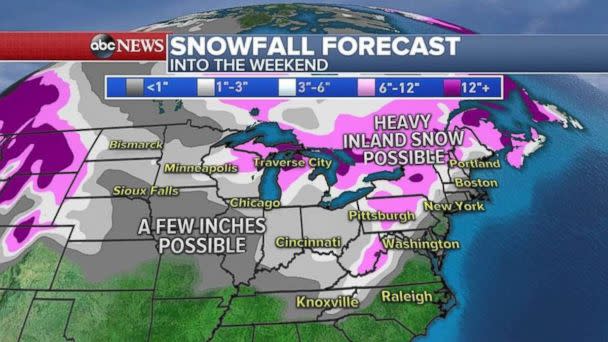 Behind each storm system a fresh dose of arctic air will invade the Midwest and the Northeast.
The wind chills on Wednesday morning are near freezing all the way to Florida. 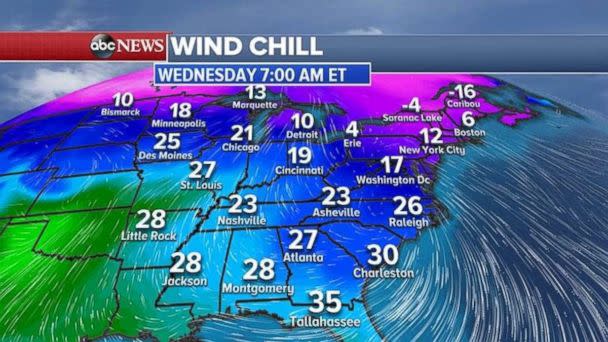 The next cold blast moves into the Midwest on Thursday and into the Northeast Friday afternoon. 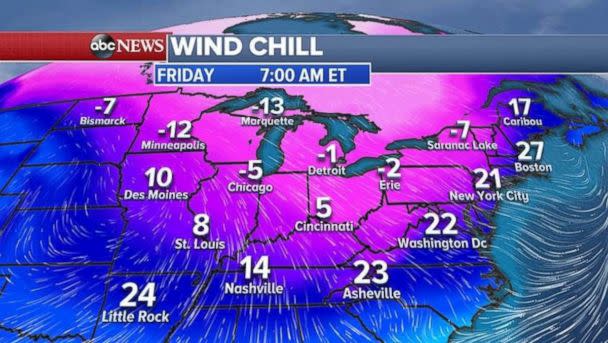