Portrait of Stephen Paddock, a mass killer: The details don't add up 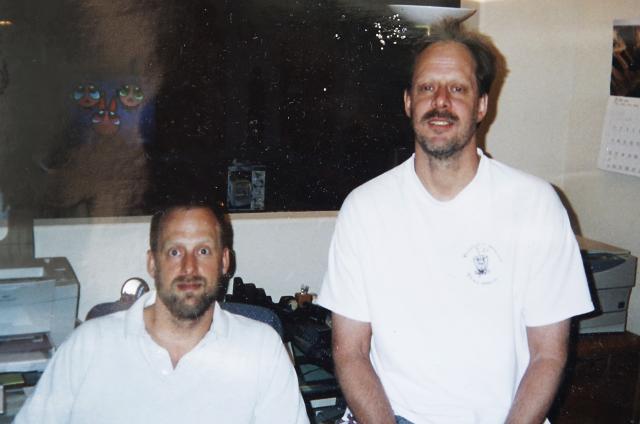 As mass shootings have become almost routine in America — at least 1,518 have taken place since 2012’s Sandy Hook massacre, according to the Gun Violence Archive — so too have the details that have typically emerged about the shooters themselves in the hours after these heinous attacks.
He kept to himself, a co-worker will say. (The perpetrator is almost always a “he.”) Didn’t talk much, others will add. Troubled. Angry. Political. Ideological. Bigoted. Even mentally ill. The portrait never matches up in every single one of these respects — but most of the time, it’s fairly close.
The strange and scary thing about multimillionaire real estate investor Stephen Craig Paddock, the 64-year-old Nevada resident who secretly hauled 10 or more rifles to the 32nd floor of Mandalay Bay Resort in Las Vegas on Sunday before opening fire on concertgoers below, killing at least 59 and injuring more than 520, is that few if any of the details that have surfaced at this point play to type.
A mass killer’s biography usually helps explain his actions, offering hope that the next shooter can somehow be stopped.
But so far, the man behind the deadliest mass shooting in modern U.S. history is too much of an enigma to provide even that coldest of comforts.
“We have no idea how or why this happened,” Paddock’s brother, Eric, told ABC News, adding that there is “exactly no reason for this” and that there are “no secrets in his [brother’s] past.” 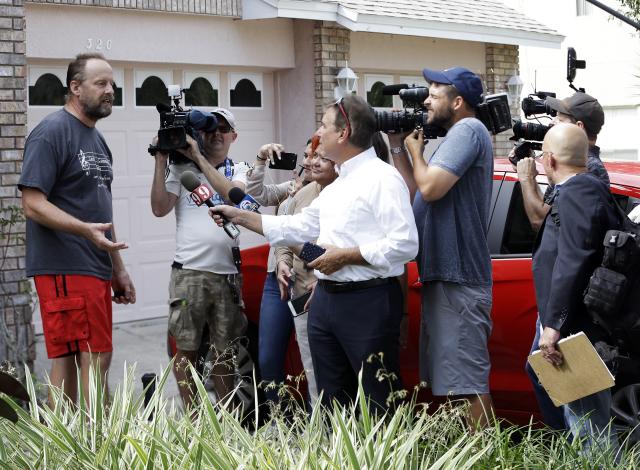 Eric Paddock, left, brother of Las Vegas gunman Stephen Paddock, speaks to members of the media outside his home in Orlando, Fla. Paddock told the Orlando Sentinel: “We are completely dumb-founded. We can’t understand what happened.” (Photo: John Raoux/AP)

“As they drill into his life, there will be nothing to be found,” Paddock concluded. “We don’t understand.”
(ISIS released a statement claiming Paddock as a late convert to Islam and a member of the terror group, but as of late Monday, there was no corroboration of the claim. A quick Google search suggests there is no mosque in Mesquite, a city of about 17,000.)
Before Sunday, Stephen Paddock seemed be easing into his older years in relatively unremarkable fashion.
He lived in a new cookie-cutter house in Mesquite, Nev., 80 miles northeast of Las Vegas.
With the exception of minor citation, now resolved, he had never had a run-in with the law, either in Las Vegas, Mesquite or Texas, where he lived before moving to Nevada.
Paddock was active, being both a licensed hunter and pilot who owned two planes, according to public records. 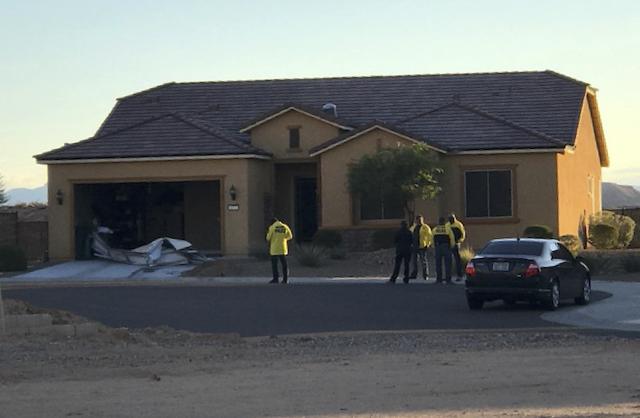 To earn his private pilot license, which recently lapsed, Paddock would have had to prove that he hadn’t been diagnosed with psychosis, bipolar disorder or any severe personality disorder.
Paddock wasn’t a loner, either: He had a girlfriend, 62-year-old Marilou Danley, and he had been married before, 27 years ago, to a woman now living in Southern California.
And Paddock did well financially, first as an accountant or auditor (at one point for Lockheed Martin), then buying, selling and managing properties, and finally, in retirement, as a “professional gambler” (his term) who, according to a Washington Post report, would take frequent trips to Las Vegas with Danley to play high-stakes poker.
Neighbors in Florida, where Paddock owned another home, described to the Post’s reporters a couple that lived on “Vegas time,” staying “up till midnight and sleep[ing] in till noon” — which is unusual, perhaps, for most 60-somethings, but less so for the tens of thousands of casino goers who populate the Silver State.
“My brother is not like you and me,” Eric Paddock told the Post. “He sends me a text that says he won $250,000 at the casino.”

Some neighbors in Reno, Nev., where Stephen Paddock owned yet another home, told the Post’s reporters that he was “reclusive” or “quiet” or “unfriendly.” But others, in Mesquite and Florida, where Paddock seemed to spend more time, said that he was “a good neighbor” and that “there was nothing strange about him.”
Either way, these conflicting accounts could accurately describe the same person; moods change. Neither, however, suggests a man on the verge of shooting hundreds of people.
By far the most unusual thing about Paddock isn’t really about Paddock at all. Paddock’s father, Benjamin Hoskins Paddock, it turns out, was a notorious criminal himself; he even appeared on the FBI’s Ten Most Wanted Fugitives list from 1969 to 1977. Born in Wisconsin in 1926, the elder Paddock, whose nicknames included “Old Baldy” and “Chromedome,” robbed banks in Arizona, escaped prison in Texas and tried to start a new life in Oregon as “Bingo Bruce,” the manager of a bingo parlor — an effort that ended in 1987 when the state attorney general filed seven bingo-related racketeering charges against him. As an FBI wanted poster once put it, the elder Paddock was a man who had been “diagnosed as psychopathic,” seemed to have “suicidal tendencies” and “should be considered armed and very dangerous.”

Perhaps Stephen Paddock inherited some of those traits from his father; perhaps they lay dormant until the son hit his mid-60s and decided, suddenly, to commit mass murder. The rapid spread on social media of stories about “Bingo Bruce” suggests that we want to believe as much.
Or perhaps not. We simply don’t know. So far — and it’s early yet — all we know is what Paddock’s brother Eric has told us.
“There’s absolutely no sense, no reason he did this,” Eric Paddock told the Post. “He’s just a guy who played video poker and took cruises and ate burritos at Taco Bell. There’s no political affiliation that we know of. There’s no religious affiliation that we know of.”
“We know nothing,” Paddock concluded.
Eventually, more information will surface. But right now, in a moment when we’re used to explaining these shooters in familiar terms — religious, political, psychological, whatever — none of the usual explanations apply. Stephen Craig Paddock seems as if he could have been anyone. And that, ultimately, may be the most terrifying thing about him.