NASCARBREAKING NEWS: Drivers & Owners Seem to Agree in the Protesters Cause, BUT, NOT the Way NFL Players Are Going About IT - What Do You Think? 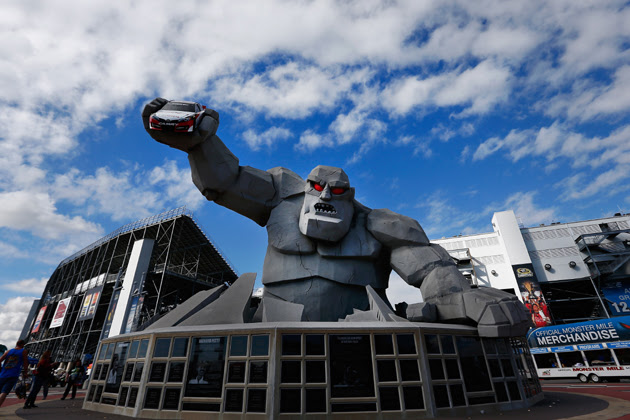 As you can imagine, Cup Series drivers were asked about the topic of protests during the national anthem Friday at Dover.
The dominant topic in sports — players protesting against systemic injustices being called out by President Donald Trump — helped paint NASCAR in a stereotypical light last weekend as owners and NASCAR Hall of Famers Richard Childress and Richard Petty made colorful comments that indicated their disagreement with protesting during the anthem.
Friday, Childress’ grandson Austin Dillon was asked about protesting. He said he couldn’t speak for anyone else.
“I have no clue. But for me, I stand for the national anthem, for those that give us the right to go out and race every weekend. For me personally, when I go out there, I think it’s an honor to stand during the national anthem and have my hand over my heart and stare at the flag,” Dillon said. “I enjoy that part of my weekend so I can give a little bit back to those who have given their lives to allow me to go race. So, that’s where I stand, personally. I can’t talk for anyone else.”
Ryan Newman — who sat on the pole for the 2001 Coca-Cola 600, a race where drivers sat in their cars during the national anthem — said he was always taught to stand.
“I have to say that the word ‘protest’ is kind of conflicting in my mind,” Newman said. “I don’t think that there is anything to protest when it comes to why I personally stand for the American flag. I think it’s all about liberty and justice for all, and that’s the freedom that we have, and we should all be thankful for that. And if you have the ability to stand, that’s the way I was taught to treat that moment, was to stand. If everybody else was taught differently, it’s news to me.”
Dale Earnhardt Jr., who explained why he tweeted what he did on his podcast earlier in the week, echoed the same sentiments Friday. After Junior tweeted Monday, Brad Keselowski said he supported people’s civil rights 100 percent Tuesday while saying he’d stand for the anthem.
Junior had said he sent his tweet quoting JFK on Monday because NASCAR had yet to issue a statement nearly 24 hours after Childress’ and Petty’s comments had been published.
“I think the whole sport respects Richard Petty and Richard Childress for what they have accomplished and what they have done,” Junior said. “They speak for themselves and they don’t speak for the entire sport, I believe. I think everybody would handle those situations differently and I can’t speak for other owners about how they would handle that situation.”
Jamie McMurray claimed he had nothing to say. Apparently saying “I support the Constitutional right to a peaceful protest, though I will stand for the national anthem” was not an option.
“Yeah, I didn’t look,” McMurray said. “I came in here to talk about our weekend’s racing and not to discuss that, so, I don’t really have a comment.”
Danica Patrick said those at Stewart-Haas Racing weren’t obligated to say anything specific regarding the protests and had this to say when asked about Childress and Petty potentially exercising their rights as employers to terminate a protesting employee.
“Well, I don’t know,” Patrick said. “Has every other sport and every other business been surveyed as to what they would do? If we’re only using two sports as an example then it’s just one of the other. How you run your business is how you run your business. You sign a contract that says you’re an independent contractor or you sign one that says you’re an employee. Maybe it comes down to that or maybe it just comes down to doing your job. You have to figure out what’s more important to you. If you think something should be done differently and you might sacrifice your job then that’s your choice. It’s your choice the other way too. In general, there’s plenty of platforms to speak your mind. So if it comes as interference to put food on your table or doing something that you love I think that you should probably go by the rules.”
Posted by Unknown at 02:35