Follower's Feedback I Thought I'd Share With You..."I See You" 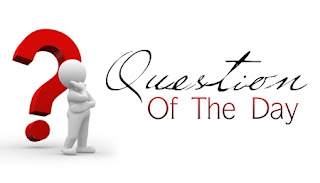 What do you see?

I see you…I see you, professional football player, as you kneel down during the playing of the National Anthem…I see you, with your arm raised in protest…I see you thinking you are doing something to unite people over social and racial injustice.I see you…But, more than that here is what I really see…I see a man pushing the wheels of his wheelchair as he returns home from a foreign land unable to function as he once did, due to fighting to protect you as you kneel on the ground.I see a young widow, dressed carefully in black, mourning the remains of her husband, hugging a coffin on the tarmac of an airport. I see that same woman clutching a perfectly folded flag to her bosom as taps is played at his graveside. I see her young son, tears streaming down his face knowing his father would never come home again. I see graveyards full of tombstones, here and overseas, with names of those fallen, with dates showing a much too early death. I see so many, from so many different wars and conflicts, crosses and stones. They are too numerous to count.I see the sacrifices made, the hearts broken, the tears shed, the shattered lives all in the name of freedom… all in the name of that red, white and blue piece of cloth that you choose to protest.Social and racial injustice? You who make millions of American dollars for playing a game in a country where you have more opportunity to make a better life for you and your family than anywhere in the world? Really? The hypocrisy of it astounds me. First of all, if you really want to protest, give your money and time to make changes. Give to those less fortunate than you. Help those people get an education, buy them food and shelter. Show them opportunities to make better decisions. Teach them that they have a purpose in life.If you really want to protest injustices…Protest the treatment of veterans, who have to wait extremely long periods of time for healthcare, who are living under interstate bridges, in boxes, who are committing suicide. Today over twenty of them will take their lives out of hopelessness and despair.There is no greater injustice than that.Protest the loss of religious rights as some atheist complained so much that public prayer by a group of young players on an athletic field is not allowed.When I see that flag, when I hear that song, when I sing those words, I give homage to those who died for this land, who continue to protect this land, who don’t know if and when they will ever see their loved ones again. Some say that they died for your freedom so that you can take a knee. I say they died for your freedom so you can stand proudly and be thankful that God has blessed you enough that you can live in a country of so much opportunity. Go ahead…Go ahead and kneel…Go ahead and be ungrateful.I am watching…As are millions and millions of others.We don’t see a protest of unity… we see a protest of disgraceful ignorance.
Posted by Unknown at 09:33