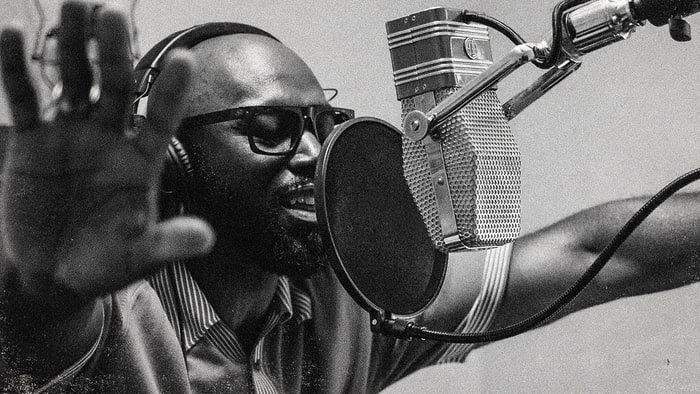 Johnny Cash was himself a master interpreter of songs, whether he was singing Kris Kristofferson's "Sunday Morning Coming Down," Soundgarden's "Rusty Cage" or Tom Petty's "I Won't Back Down." Now, the almost mythic country-music figure is the subject of a new album that puts a unique spin on his music. Soul of Cash, a project by Ferguson, Missouri, vocalist Brian Owens, recasts some of the Man in Black's most famous entries, from "Ring of Fire" to "Walk the Line," as soul songs. (Listen to the album below.)
"The way I see Cash's music is the same way I see an American popular song that was sung by Ella Fitzgerald, Frank Sinatra or Nat King Cole," Owens tells Rolling Stone Country. "They had great melodies, great lyrics and a great narrative. Those are the three things you need to make a great song."
Owens, who has collaborated and toured with fellow Ferguson native Michael McDonald, stumbled upon the idea of interpreting Cash's staples as soul music while performing a regular tribute concert series in St. Louis. Singing hits by Ray Charles, Sam Cooke, Marvin Gaye and Otis Redding, Owens decided to push the envelope by including "Walk the Line" in his sets. "I always thought Johnny Cash was a soul artist," he says.
After listening to Soul of Cash, it's hard to disagree. Thanks to his passionate delivery and gift for interpretation, Owens successfully proves that the songs of Johnny Cash belong every bit in the soul canon as they do in country.


"To interpret Johnny Cash, I used the template that Ray Charles did with Modern Sounds in Country and Western Music," he says, citing Charles' groundbreaking 1962 album. "The only change I made to the songs was that I sing everything an octave up from Johnny. That and the groove are the only things that changed."
Still, it's striking to hear a song like "Folsom Prison Blues" done as a locomotive rave-up, or the mournful "Sunday Morning Coming Down" given a more redemptive reading. Elsewhere, Cash's signature, "The Man in Black," is bolstered by bright horns.
"'Folsom Prison' is a blues song. 'Sunday Morning Coming Down' speaks to his ability to interpret the work of others. And 'The Man in Black' is the quintessential biographical song. This is why I do the things I do – I identify with every single line in that song," he says.
Soul of Cash wraps up with an original number, "Soul in My Country," written by Owens and Rissi Palmer. Owens says it was his way of explaining the album.