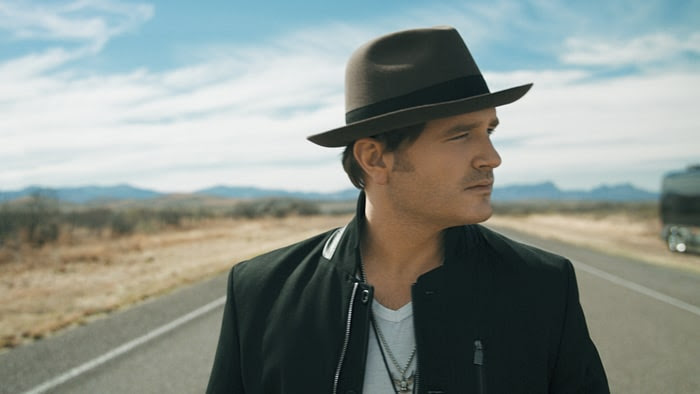 Jerrod Niemann returns to his experimentalist ways on the new album 'This Ride.'

Jerrod Niemann has a long history of reinvention. After two traditional-leaning independent albums early in his career, he pulled a 180 and scored big with 2010's Judge Jerrod and the Hung Jury, a quirky outlier for its time that included the R&B-influenced hits "Lover, Lover" and "What Do You Want."

The ripple effect of its success can still be felt in Niemann's music – and in today's crossover-fueled format as a whole – but it also came with a downside. He released two more projects after Judge Jerrod, but having signed on with a major label, much of his quirky edge was polished off.
Now, with a new deal on Curb Records, Niemann's getting back to his go-for-broke ways. His fourth album, This Ride, arrives today and marks his most adventurous set since Judge Jerrod, full of deceptively-deep lyrics and meaty new-age hooks, all recorded with a less-is-more motto. Niemann's doing his own thing once again, but he says that it almost didn't happen.
"I was in between leaving Sony and going to Curb," he says, perched at the bar in Nashville's Corsair distillery but refraining from an early-morning drink. "That's a real fragile state of mind for a creative person that likes to go out on a limb. You're thinking 'Well, should I go back to the root of the tree?'"
Luckily, Niemann decided to hang on. Just like his breakout album, This Ride covers a ton of stylistic ground – a classic ballad sits right next to a playful dudes duet (opposite Lee Brice), while the influence of reggae, avant-garde pop and slow-simmering R&B can also be felt.
"If you sign an artist who doesn't have a vision, then they're not an artist, they're a singer."
Today's listeners won't bat an eye at that mix, but back in 2010 it took some creative reasoning just to convince people that Niemann, a Kansas native, was country at all. He eventually figured out that he could just point to his heroes, many of whom were also notorious non-conformists.
"The reason they are remembered and praised, is because they were themselves and they went out on a limb," he explains. "If you look at Johnny Cash, Elvis Presley, Bob Wills, they're all in the Country Hall of Fame and the Rock and Roll Hall of Fame. These [genre] lines have been crossed so much, and anybody who doesn't is a spin off."
Even before its release, This Ride has already gone against the grain. Niemann and his team decided to release the passionate ballad "God Made a Woman" as the first single, knowing full well that radio would have preferred an up-tempo dance tune. It's move he never could have made on a major label.

"When I went in to Curb for our first meeting, they said, 'So what's your vision? What do you see happening?' And I was kind of speechless because no one has asked my opinion in like five years," he says with a laugh.
Niemann admits he's exaggerating, but says that big teams were sapping his creative energy for the last two projects. Their intentions were good, he explains, but he ended up spending most of his time reconciling what he wanted with what they "knew" would work.
"If you sign an artist who doesn't have a vision, then they're not an artist, they're a singer," Niemann says. "Sometimes a true artist will drive them crazy. At the end of the day you should try to get in the head of an artist and magnify a vision or hone it in, not just run it over with a Zamboni and say, 'Here's your new vision.'"


Niemann has never been lacking artistic vision, as evidenced by Judge Jerrod. The album was ahead of the curve and This Ride may be, too, but ironically, it's headed in the opposite direction. Where Judge Jerrod was full of modern studio tricks, This Ride is purposefully stripped down. Niemann and longtime collaborator Jimmy Lee Sloas co-produced.
"I said, 'Well, this last record we basically turned everything to 11 like on Spinal Tap," he explains. "So for this, let's try to use half the instruments and get twice the sound.' It's easy to stack 30 guitars on a song, but with this we literally just wanted it to breathe."
Strangely enough, Niemann and Sloas took their inspiration from the low-fi approach of indie rock.
"I liked how organic and often out of tune it is – the singers are even out of tune," he says of indie rock. "It just sounds so real and raw because they choose the performance over the tune. It's like, 'That line sounds better. It's not perfect, but neither are we as human beings.' I think that's what's missing [in country] is this element of 'We're flawed.' When music is perfect it's not as easy to connect with."
Perfection might not have been a driving force, but diversity was. The album kicks off with "Zero to Crazy," a wild-eyed up-tempo full of shouts and new-age hooks, but by the second track Niemann's low-fi ideals are realized. "But I Do" begins with an acoustic guitar run that feels stuck out on a sonic island, with sliding fingers and fret noises easy to hear. Elsewhere, "I Got This" builds brick by brick into a strutting indie-pop jam, while "Out of My Heart" lets a banjo pretend it's an electric guitar, taking the lead for an epic arena rocker.


The singer only wrote two tracks this time around, but he feels like it speaks to the long evolution of his sound and career all the same – which is why he titled it This Ride.
"It's an album where I get to show the boy I was to the man I am, and where that ride has taken me," Niemann says. "But what's exciting is now I'm part of a team that I feel like I'm better suited for, and I feel like I can experiment even more."
With This Ride now out in the wild, Niemann is pumped about what's possible again. He's already looking ahead to another record.
"It's inspired me for another record that I'm starting to visualize, and it's kind of like Judge Jerrod and the Hung Jury," he says with a devilish smirk. "There's a bunch of crazy stuff, and I want to take it even further."