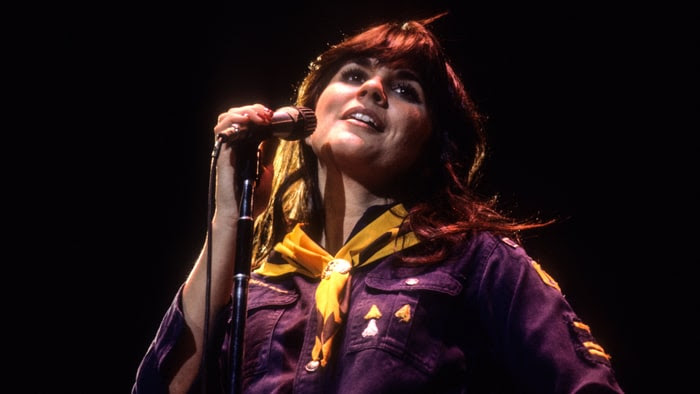 When it was released in 1977, Linda Ronstadt's eighth studio album Simple Dreams became a multi-week Number One for the singer, spawning multiple hit singles and going on to sell more than three million copies. On September 15th, the album will be given a deluxe reissue in recognition of its 40th anniversary.

In addition to the original sequence of tracks on Simple Dreams, the reissue includes three previously unreleased live recordings pulled from a 1980 HBO concert special. One of those live tracks is "Blue Bayou," which Rolling Stone Country is exclusively premiering below. The track shows off Ronstadt's remarkable vocal range, as she shifts from a velvety croon in the verses to a pitch-perfect belt in the performance's chorus. She's backed by a crack band that includes Ross Kunkel, Dan Dugmore, Kenny Edwards, Bob Glaub, and Little Feat's Billy Payne.
Simple Dreams was a sales blockbuster for Ronstadt in 1977 and 1978, passing the triple-platinum mark within a year and establishing itself alongside Carole King's Tapestry as one of the era's highest-selling albums by a solo female. As further evidence of this, the album gave Ronstadt bragging rights of being the first artist since the Beatles to have two songs in the Top 5 at the same time, as "Blue Bayou" and Buddy Holly's "It's So Easy" were slotted into heavy rotation.
Ronstadt released her debut album Hand Sown... Home Grown in 1969, with 2004's jazz album Hummin' to Myself her most recent solo collection of new material. She retired from public performance in 2011, revealing that her Parkinson's disease had made it difficult for her to sing.
https://soundcloud.com/lindaronstadt