July 23rd...This Day in History (Now with links to other events) 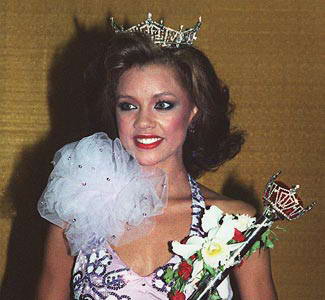 On this day in 1984, 21-year-old Vanessa Williams gives up her Miss America title, the first resignation in the pageant’s history, after Penthouse magazine announces plans to publish nude photos of the beauty queen in its September issue. Williams originally made history on September 17, 1983, when she became the first black woman to win the Miss America crown. Miss New Jersey, Suzette Charles, the first runner-up and also an African American, assumed Williams’ tiara for the two months that remained of her reign.
Vanessa Lynn Williams was born March 18, 1963, in Millwood, New York, to music teacher parents. She attended Syracuse University and studied musical theater. In 1982, while working a summer job as a receptionist at a modeling agency in Mt. Kisco, New York, photographer Thomas Chiapel took the nude pictures of Williams, telling her they’d be shot in silhouette and that she wouldn’t be recognizable. After Williams became Miss America, the photographer sold the pictures to Penthouse without her knowledge. Williams later dropped lawsuits against the magazine and photographer after it was learned that she had signed a model release form at the time the photos were taken.
The Miss America pageant, which prides itself on projecting a wholesome, positive image of women, began in 1921 in Atlantic City, New Jersey, as a stunt developed by local businessmen to extend the summer tourist season. In 1945, the Miss America Organization handed out its first scholarship. Today, it provides over $45 million each year in cash and tuition assistance to contestants on the national, state and local levels. In 1954, the competition was broadcast live for the first time. Beginning in the 1980s, contestants were required to have a social platform, such as drunk-driving preventionor AIDS awareness, and Miss America winners now travel an estimated 20,000 miles a month for speaking engagements and public appearances. In 2006, following a decline in TV ratings, the pageant moved from Atlantic City for the first time in its history and took place in Las Vegas, where a new Miss America was crowned in January instead of September.
Vanessa Williams rebounded from the Miss America scandal and went on to a successful entertainment career as an actress and recording artist, performing on Broadway as well as in movies and television and releasing a number of popular albums.