July 21st...This Day in History (Now with links to other events) 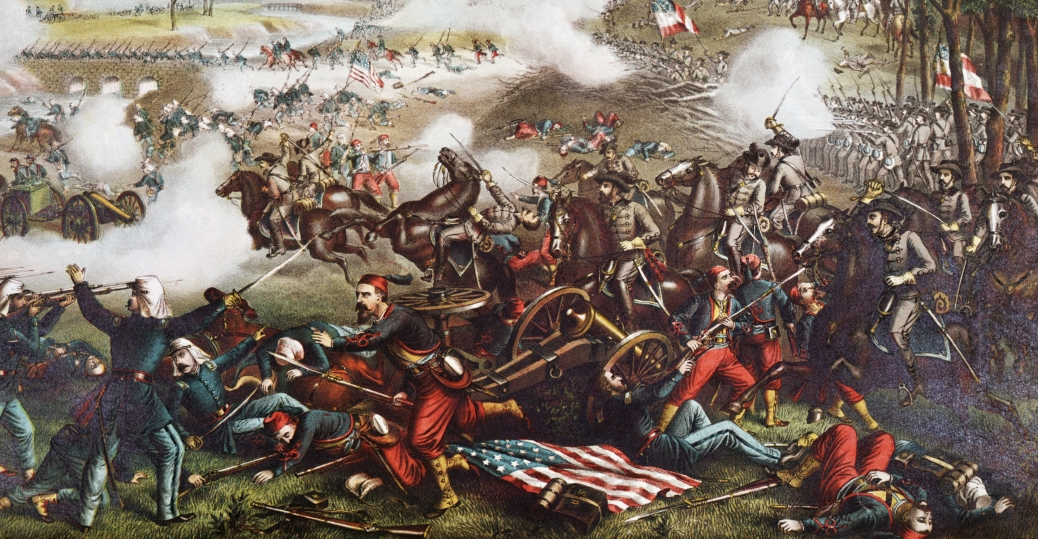 In the first major land battle of the Civil War, a large Union force under General Irvin McDowell is routed by a Confederate army under General Pierre G.T. Beauregard.
Three months after the Civil War erupted at Fort Sumter, Union military command still believed that the Confederacy could be crushed quickly and with little loss of life. In July, this overconfidence led to a premature offensive into northern Virginia by General McDowell. Searching out the Confederate forces, McDowell led 34,000 troops–mostly inexperienced and poorly trained militiamen–toward the railroad junction of Manassas, located just 30 miles from Washington, D.C. Alerted to the Union advance, General Beauregard massed some 20,000 troops there and was soon joined by General Joseph Johnston, who brought some 9,000 more troops by railroad.
On the morning of July 21, hearing of the proximity of the two opposing forces, hundreds of civilians–men, women, and children–turned out to watch the first major battle of the Civil War. The fighting commenced with three Union divisions crossing the Bull Run stream, and the Confederate flank was driven back to Henry House Hill. However, at this strategic location, Beauregard had fashioned a strong defensive line anchored by a brigade of Virginia infantry under General Thomas J. Jackson. Firing from a concealed slope, Jackson’s men repulsed a series of Federal charges, winning Jackson his famous nickname “Stonewall.”
Meanwhile, Confederate cavalry under J.E.B. Stuart captured the Union artillery, and Beauregard ordered a counterattack on the exposed Union right flank. The rebels came charging down the hill, yelling furiously, and McDowell’s line was broken, forcing his troops in a hasty retreat across Bull Run. The retreat soon became an unorganized flight, and supplies littered the road back to Washington. Union forces endured a loss of 3,000 men killed, wounded, or missing in action while the Confederates suffered 2,000 casualties. The scale of this bloodshed horrified not only the frightened spectators at Bull Run but also the U.S. government in Washington, which was faced with an uncertain military strategy in quelling the “Southern insurrection.”