June 3rd...This Day in History (Now with links to other events) 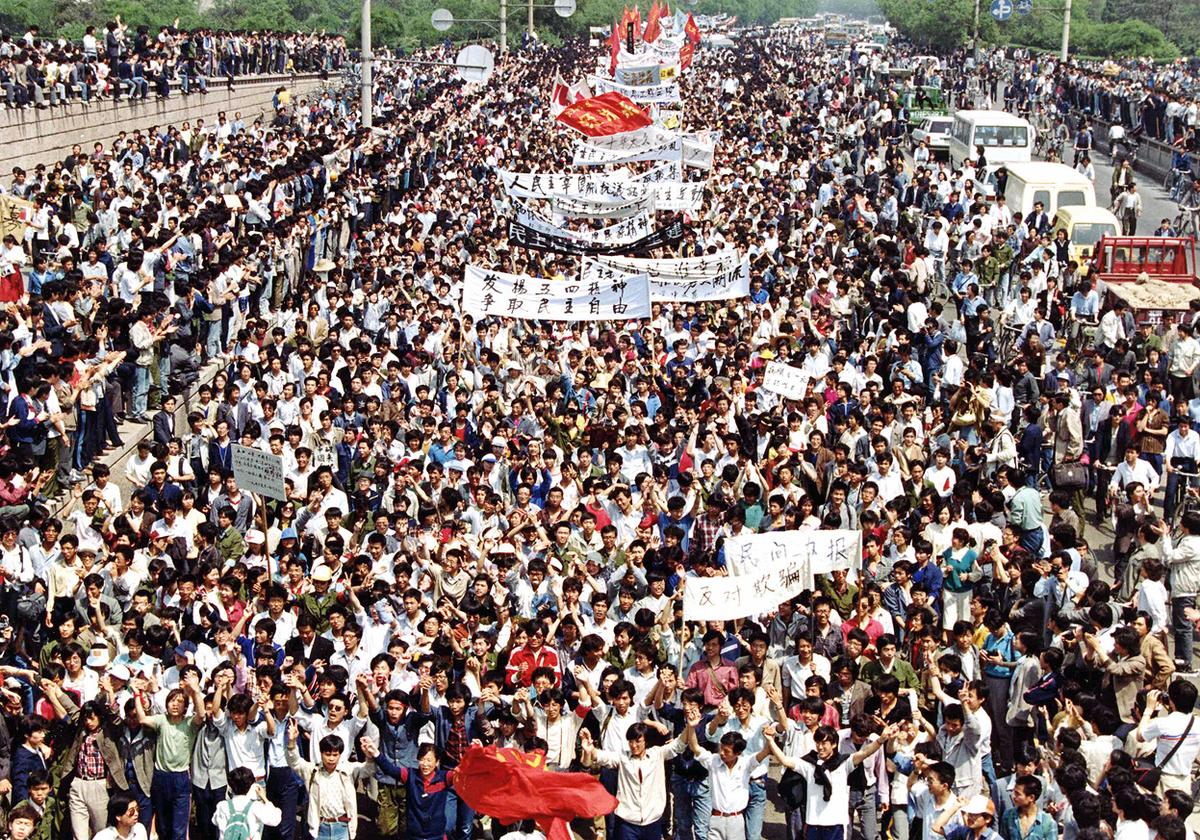 With protests for democratic reforms entering their seventh week, the Chinese government authorizes its soldiers and tanks to reclaim Beijing’s Tiananmen Square at all costs. By nightfall on June 4, Chinese troops had forcibly cleared the square, killing hundreds and arresting thousands of demonstrators and suspected dissidents.
On April 15, the death of Hu Yaobang, a former Communist Party head who supported democratic reforms, roused some 100,000 students to gather at Beijing’s Tiananmen Square to commemorate the leader and voice their discontent with China’s authoritative government. On April 22, an official memorial service for Hu Yaobang was held in Tiananmen’s Great Hall of the People, and student representatives carried a petition to the steps of the Great Hall, demanding to meet with Premier Li Peng. The Chinese government refused the meeting, leading to a general boycott of Chinese universities across the country and widespread calls for democratic reforms.
Ignoring government warnings of suppression of any mass demonstration, students from more than 40 universities began a march to Tiananmen on April 27. The students were joined by workers, intellectuals, and civil servants, and by mid-May more than a million people filled the square, the site of Mao Zedong’s proclamation of the People’s Republic of China in 1949.
On May 20, the government formally declared martial law in Beijing, and troops and tanks were called in to disperse the dissidents. However, large numbers of students and citizens blocked the army’s advance, and by May 23 government forces had pulled back to the outskirts of Beijing. On June 3, with negotiations to end the protests stalled and calls for democratic reforms escalating, the troops received orders from the Chinese government to seize control of Tiananmen Square and the streets of Beijing. Hundreds were killed and thousands arrested.
In the weeks after the government crackdown, an unknown number of dissidents were executed, and hard-liners in the government took firm control of the country. The international community was outraged by the incident, and economic sanctions imposed by the United States and other countries sent China’s economy into decline. By late 1990, however, international trade had resumed, thanks in part to China’s release of several hundred imprisoned dissidents.