June 26th...This Day in History (Now with links to other events) 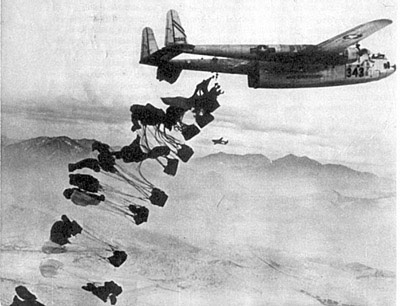 On this day in 1948, U.S. and British pilots begin delivering food and supplies by airplane to Berlin after the city is isolated by a Soviet Union blockade.
When World War II ended in 1945, defeated Germany was divided into Soviet, American, British and French zones of occupation. The city of Berlin, though located within the Soviet zone of occupation, was also split into four sectors, with the Allies taking the western part of the city and the Soviets the eastern. In June 1948, Josef Stalin’s government attempted to consolidate control of the city by cutting off all land and sea routes to West Berlin in order to pressure the Allies to evacuate. As a result, beginning on June 24 the western section of Berlin and its 2 million people were deprived of food, heating fuel and other crucial supplies.
Though some in U.S. President Harry S. Truman’s administration called for a direct military response to this aggressive Soviet move, Truman worried such a response would trigger another world war. Instead, he authorized a massive airlift operation under the control of General Lucius D. Clay, the American-appointed military governor of Germany. The first planes took off from England and western Germany on June 26, loaded with food, clothing, water, medicine and fuel.
By July 15, an average of 2,500 tons of supplies was being flown into the city every day. The massive scale of the airlift made it a huge logistical challenge and at times a great risk. With planes landing at Tempelhof Airport every four minutes, round the clock, pilots were being asked to fly two or more round-trip flights every day, in World War II planes that were sometimes in need of repair.
The Soviets lifted the blockade in May 1949, having earned the scorn of the international community for subjecting innocent men, women and children to hardship and starvation. The airlift–called die Luftbrucke or “the air bridge” in German–continued until September 1949, for a total delivery of more than 1.5 million tons of supplies and a total cost of over $224 million. When it ended, the eastern section of Berlin was absorbed into Soviet East Germany, while West Berlin remained a separate territory with its own government and close ties to West Germany. The Berlin Wall, built in 1961, formed a dividing line between East and West Berlin. Its destruction in 1989 presaged the 1991 collapse of the Soviet Union and marked the end of an era and the reemergence of Berlin as the capital of a new, unified German nation.