June 21st...This Day in History (Now with links to other events) 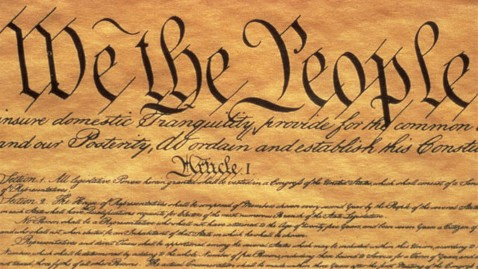 New Hampshire becomes the ninth and last necessary state to ratify the Constitution of the United States, thereby making the document the law of the land.
By 1786, defects in the post-Revolutionary War Articles of Confederation were apparent, such as the lack of central authority over foreign and domestic commerce. Congress endorsed a plan to draft a new constitution, and on May 25, 1787, the Constitutional Convention convened at Independence Hall in Philadelphia. On September 17, 1787, after three months of debate moderated by convention president George Washington, the new U.S. constitution, which created a strong federal government with an intricate system of checks and balances, was signed by 38 of the 41 delegates present at the conclusion of the convention. As dictated by Article VII, the document would not become binding until it was ratified by nine of the 13 states.
Beginning on December 7, five states–Delaware, Pennsylvania, New Jersey, Georgia, and Connecticut–ratified it in quick succession. However, other states, especially Massachusetts, opposed the document, as it failed to reserve undelegated powers to the states and lacked constitutional protection of basic political rights, such as freedom of speech, religion, and the press. In February 1788, a compromise was reached under which Massachusetts and other states would agree to ratify the document with the assurance that amendments would be immediately proposed. The Constitution was thus narrowly ratified in Massachusetts, followed by Maryland and South Carolina. On June 21, 1788, New Hampshire became the ninth state to ratify the document, and it was subsequently agreed that government under the U.S. Constitution would begin on March 4, 1789. In June, Virginia ratified the Constitution, followed by New York in July.
On September 25, 1789, the first Congress of the United States adopted 12 amendments to the U.S. Constitution–the Bill of Rights–and sent them to the states for ratification. Ten of these amendments were ratified in 1791. In November 1789, North Carolina became the 12th state to ratify the U.S. Constitution. Rhode Island, which opposed federal control of currency and was critical of compromise on the issue of slavery, resisted ratifying the Constitution until the U.S. government threatened to sever commercial relations with the state. On May 29, 1790, Rhode Island voted by two votes to ratify the document, and the last of the original 13 colonies joined the United States. Today the U.S. Constitution is the oldest written constitution in operation in the world.