May 3rd...This Day in History (Now with links to other events) 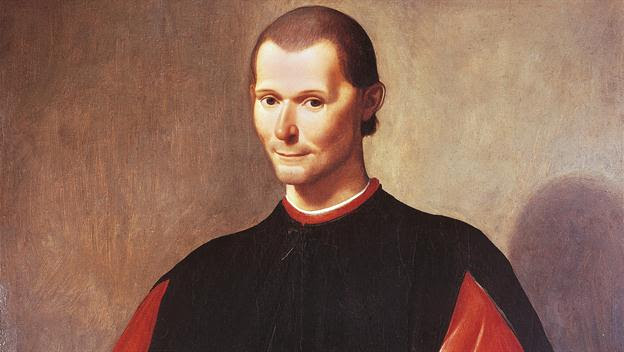 On this day in 1469, the Italian philosopher and writer Niccolo Machiavelli is born. A lifelong patriot and diehard proponent of a unified Italy, Machiavelli became one of the fathers of modern political theory.
Machiavelli entered the political service of his native Florence by the time he was 29. As defense secretary, he distinguished himself by executing policies that strengthened Florence politically. He soon found himself assigned diplomatic missions for his principality, through which he met such luminaries as Louis XII of France, Pope Julius II, the Holy Roman Emperor Maximilian I, and perhaps most importantly for Machiavelli, a prince of the Papal States named Cesare Borgia. The shrewd and cunning Borgia later inspired the title character in Machiavelli’s famous and influential political treatise The Prince (1532).
Machiavelli’s political life took a downward turn after 1512, when he fell out of favor with the powerful Medici family. He was accused of conspiracy, imprisoned, tortured and temporarily exiled. It was an attempt to regain a political post and the Medici family’s good favor that Machiavelli penned The Prince, which was to become his most well-known work.
Though released in book form posthumously in 1532, The Prince was first published as a pamphlet in 1513. In it, Machiavelli outlined his vision of an ideal leader: an amoral, calculating tyrant for whom the end justifies the means. The Prince not only failed to win the Medici family’s favor, it also alienated him from the Florentine people. Machiavelli was never truly welcomed back into politics, and when the Florentine Republic was reestablished in 1527, Machiavelli was an object of great suspicion. He died later that year, embittered and shut out from the Florentine society to which he had devoted his life.
Though Machiavelli has long been associated with the practice of diabolical expediency in the realm of politics that was made famous in The Prince, his actual views were not so extreme. In fact, in such longer and more detailed writings as Discourses on the First Ten Books of Livy (1517) and History of Florence (1525), he shows himself to be a more principled political moralist. Still, even today, the term “Machiavellian” is used to describe an action undertaken for gain without regard for right or wrong.