May 2nd...This Day in History (Now with links to other events) 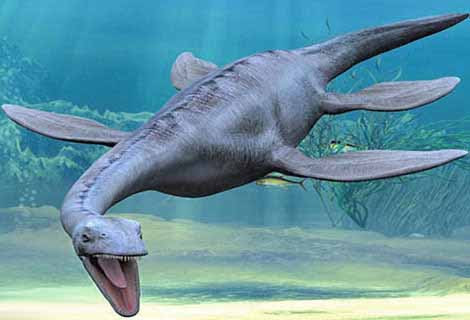 Although accounts of an aquatic beast living in Scotland’s Loch Ness date back 1,500 years, the modern legend of the Loch Ness Monster is born when a sighting makes local news on May 2, 1933. The newspaper Inverness Courier related an account of a local couple who claimed to have seen “an enormous animal rolling and plunging on the surface.” The story of the “monster” (a moniker chosen by the Courier editor) became a media phenomenon, with London newspapers sending correspondents to Scotland and a circus offering a 20,000 pound sterling reward for capture of the beast.
Loch Ness, located in the Scottish Highlands, has the largest volume of fresh water in Great Britain; the body of water reaches a depth of nearly 800 feet and a length of about 23 miles. Scholars of the Loch Ness Monster find a dozen references to “Nessie” in Scottish history, dating back to around A.D. 500, when local Picts carved a strange aquatic creature into standing stones near Loch Ness. The earliest written reference to a monster in Loch Ness is a 7th-century biography of Saint Columba, the Irish missionary who introduced Christianity to Scotland. In 565, according to the biographer, Columba was on his way to visit the king of the northern Picts near Inverness when he stopped at Loch Ness to confront a beast that had been killing people in the lake. Seeing a large beast about to attack another man, Columba intervened, invoking the name of God and commanding the creature to “go back with all speed.” The monster retreated and never killed another man.
In 1933, a new road was completed along Loch Ness’ shore, affording drivers a clear view of the loch. After an April 1933 sighting was reported in the local paper on May 2, interest steadily grew, especially after another couple claimed to have seen the beast on land, crossing the shore road. Several British newspapers sent reporters to Scotland, including London’s Daily Mail, which hired big-game hunter Marmaduke Wetherell to capture the beast. After a few days searching the loch, Wetherell reported finding footprints of a large four-legged animal. In response, the Daily Mail carried the dramatic headline: “MONSTER OF LOCH NESS IS NOT LEGEND BUT A FACT.” Scores of tourists descended on Loch Ness and sat in boats or decks chairs waiting for an appearance by the beast. Plaster casts of the footprints were sent to the British Natural History Museum, which reported that the tracks were that of a hippopotamus, specifically one hippopotamus foot, probably stuffed. The hoax temporarily deflated Loch Ness Monster mania, but stories of sightings continued.
A famous 1934 photograph seemed to show a dinosaur-like creature with a long neck emerging out of the murky waters, leading some to speculate that “Nessie” was a solitary survivor of the long-extinct plesiosaurs. The aquatic plesiosaurs were thought to have died off with the rest of the dinosaurs 65 million years ago. Loch Ness was frozen solid during the recent ice ages, however, so this creature would have had to have made its way up the River Ness from the sea in the past 10,000 years. And the plesiosaurs, believed to be cold-blooded, would not long survive in the frigid waters of Loch Ness. More likely, others suggested, it was an archeocyte, a primitive whale with a serpentine neck that is thought to have been extinct for 18 million years. Skeptics argued that what people were seeing in Loch Ness were “seiches”–oscillations in the water surface caused by the inflow of cold river water into the slightly warmer loch.
Amateur investigators kept an almost constant vigil, and in the 1960s several British universities launched expeditions to Loch Ness, using sonar to search the deep. Nothing conclusive was found, but in each expedition the sonar operators detected large, moving underwater objects they could not explain. In 1975, Boston’s Academy of Applied Science combined sonar and underwater photography in an expedition to Loch Ness. A photo resulted that, after enhancement, appeared to show the giant flipper of a plesiosaur-like creature. Further sonar expeditions in the 1980s and 1990s resulted in more tantalizing, if inconclusive, readings. Revelations in 1994 that the famous 1934 photo was a hoax hardly dampened the enthusiasm of tourists and professional and amateur investigators to the legend of the Loch Ness Monster.