May 19th...This Day in History (Now with links to other events) 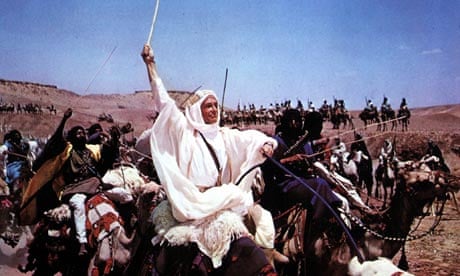 T.E. Lawrence, known to the world as Lawrence of Arabia, dies as a retired Royal Air Force mechanic living under an assumed name. The legendary war hero, author, and archaeological scholar succumbed to injuries suffered in a motorcycle accident six days before.
Thomas Edward Lawrence was born in Tremadoc, Wales, in 1888. In 1896, his family moved to Oxford. Lawrence studied architecture and archaeology, for which he made a trip to Ottoman (Turkish)-controlled Syria and Palestine in 1909. In 1911, he won a fellowship to join an expedition excavating an ancient Hittite settlement on the Euphrates River. He worked there for three years and in his free time traveled and learned Arabic. In 1914, he explored the Sinai, near the frontier of Ottoman-controlled Arabia and British-controlled Egypt. The maps Lawrence and his associates made had immediate strategic value upon the outbreak of war between Britain and the Ottoman Empire in October 1914.
Lawrence enlisted in the war and because of his expertise in Arab affairs was assigned to Cairo as an intelligence officer. He spent more than a year in Egypt, processing intelligence information and in 1916 accompanied a British diplomat to Arabia, where Hussein ibn Ali, the emir of Mecca, had proclaimed a revolt against Turkish rule. Lawrence convinced his superiors to aid Hussein’s rebellion, and he was sent to join the Arabian army of Hussein’s son Faisal as a liaison officer.
Under Lawrence’s guidance, the Arabians launched an effective guerrilla war against the Turkish lines. He proved a gifted military strategist and was greatly admired by the Bedouin people of Arabia. In July 1917, Arabian forces captured Aqaba near the Sinai and joined the British march on Jerusalem. Lawrence was promoted to the rank of lieutenant colonel. In November, he was captured by the Turks while reconnoitering behind enemy lines in Arab dress and was tortured and sexually abused before escaping. He rejoined his army, which slowly worked its way north to Damascus, which fell in October 1918.
Arabia was liberated, but Lawrence’s hope that the peninsula would be united as a single nation was dashed when Arabian factionalism came to the fore after Damascus. Lawrence, exhausted and disillusioned, left for England. Feeling that Britain had exacerbated the rivalries between the Arabian groups, he appeared before King George V and politely refused the medals offered to him.
After the war, he lobbied hard for independence for Arab countries and appeared at the Paris peace conference in Arab robes. He became something of a legendary figure in his own lifetime, and in 1922 he gave up higher-paying appointments to enlist in the Royal Air Force (RAF) under an assumed name, John Hume Ross. He had just completed writing his monumental war memoir, The Seven Pillars of Wisdom, and he hoped to escape his fame and acquire material for a new book. Found out by the press, he was discharged, but in 1923 he managed to enlist as a private in the Royal Tanks Corps under another assumed name, T.E. Shaw, a reference to his friend, Irish writer George Bernard Shaw. In 1925, Lawrence rejoined the RAF and two years later legally changed his last name to Shaw.
In 1927, an abridged version of his memoir was published and generated tremendous publicity, but the press was unable to locate Lawrence (he was posted to a base in India). In 1929, he returned to England and spent the next six years writing and working as an RAF mechanic. In 1932, his English translation of Homer’s Odyssey was published under the name of T.E. Shaw. The Mint, a fictionalized account of Royal Air Force recruit training, was not published until 1955 because of its explicitness.
In February 1935, Lawrence was discharged from the RAF and returned to his simple cottage at Clouds Hill, Dorset. On May 13, he was critically injured while driving his motorcycle through the Dorset countryside. He had swerved to avoid two boys on bicycles. On May 19, he died at the hospital of his former RAF camp. All of Britain mourned his passing.