May 18th...This Day in History (Now with links to other events) 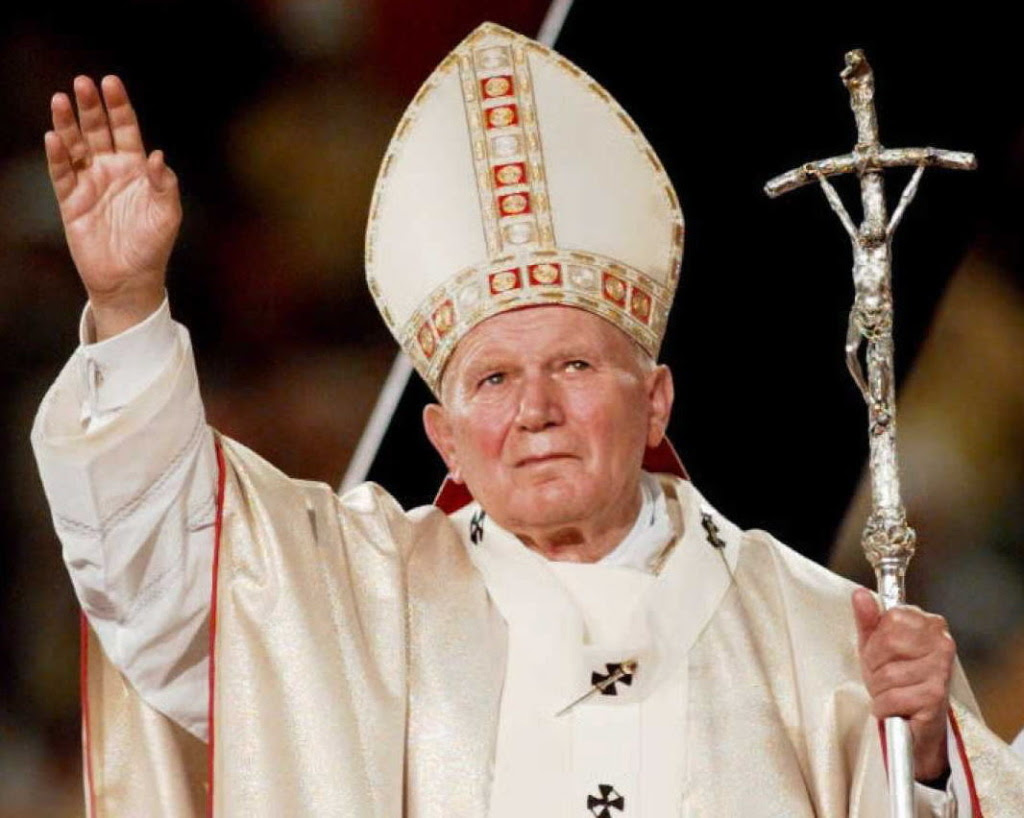 On May 18, 1920, Karol Jozef Wojtyla is born in the Polish town of Wadowice, 35 miles southwest of Krakow.Wojtyla went on to become Pope John Paul II, history’s most well-traveled pope and the first non-Italian to hold the position since the 16th century. After high school, the future pope enrolled at Krakow’s Jagiellonian University, where he studied philosophy and literature and performed in a theater group. During World War II, Nazis occupied Krakow and closed the university, forcing Wojtyla to seek work in a quarry and, later, a chemical factory. By 1941, his mother, father, and only brother had all died, leaving him the sole surviving member of his family.
Although Wojtyla had been involved in the church his whole life, it was not until 1942 that he began seminary training. When the war ended, he returned to school at Jagiellonian to study theology, becoming an ordained priest in 1946. He went on to complete two doctorates and became a professor of moral theology and social ethics. On July 4, 1958, at the age of 38, he was appointed auxiliary bishop of Krakow by Pope Pius XII. He later became the city’s archbishop, where he spoke out for religious freedom while the church began the Second Vatican Council, which would revolutionize Catholicism. He was made a cardinal in 1967, taking on the challenges of living and working as a Catholic priest in communist Eastern Europe. Once asked if he feared retribution from communist leaders, he replied, “I’m not afraid of them. They are afraid of me.”
Wojtyla was quietly and slowly building a reputation as a powerful preacher and a man of both great intellect and charisma. Still, when Pope John Paul I died in 1978 after only a 34-day reign, few suspected Wojtyla would be chosen to replace him. But, after seven rounds of balloting, the Sacred College of Cardinals chose the 58-year-old, and he became the first-ever Slavic pope and the youngest to be chosen in 132 years.
A conservative pontiff, John Paul II’s papacy was marked by his firm and unwavering opposition to communism and war, as well as abortion, contraception, capital punishment, and homosexual sex. He later came out against euthanasia, human cloning, and stem cell research. He traveled widely as pope, using the eight languages he spoke (Polish, Italian, French, German, English, Spanish, Portuguese, and Latin) and his well-known personal charm, to connect with the Catholic faithful, as well as many outside the fold.
On May 13, 1981, Pope John Paul II was shot in St. Peter’s Square by a Turkish political extremist, Mehmet Ali Agca. After his release from the hospital, the pope famously visited his would-be assassin in prison, where he had begun serving a life sentence, and personally forgave him for his actions. The next year, another unsuccessful attempt was made on the pope’s life, this time by a fanatical priest who opposed the reforms of Vatican II.
Although it was not confirmed by the Vatican until 2003, many believe Pope John Paul II began suffering from Parkinson’s disease in the early 1990s. He began to develop slurred speech and had difficulty walking, though he continued to keep up a physically demanding travel schedule. In his final years, he was forced to delegate many of his official duties, but still found the strength to speak to the faithful from a window at the Vatican. In February 2005, the pope was hospitalized with complications from the flu. He died two months later.
Pope John Paul II is remembered for his successful efforts to end communism, as well as for building bridges with peoples of other faiths, and issuing the Catholic Church’s first apology for its actions during World War II. He was succeeded by Joseph Cardinal Ratzinger, who became Pope Benedict XVI. Benedict XVI began the process to beatify John Paul II in May 2005.


(More Events on This Day in History)