May 12th...This Day in History (Now with links to other events) 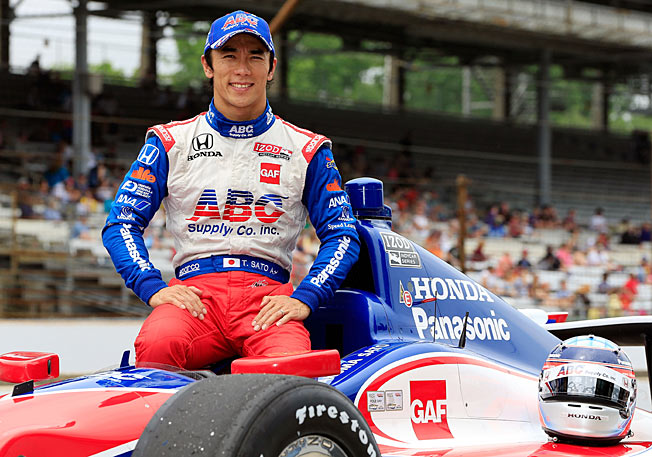 On this day in 1957, race car driver A.J. Foyt (1935- ) scores his first professional victory, in a U.S. Automobile Club (USAC) midget car race in Kansas City, Missouri.
A tough-as-nails Texan, Anthony Joseph Foyt, Jr. raced midget cars–smaller vehicles designed to be driven in races of shorter distances–and stock cars before moving up to bigger things in 1958, when he entered his first Indianapolis 500 race. Foyt won his first Indy 500 crown in 1961, when rival Eddie Sachs was forced to make a tire change in the final laps, giving Foyt the chance to overtake him and win with a then-record average speed of 139.13 mph.
The 1964 season saw Foyt earn a record-setting winning percentage of .769 with 10 wins in 13 races. His most important win that year came in the Indy 500, which he finished with an average speed of 147.45 mph. After a near-fatal crash in a stock car race in 1965–in which he broke his back, fractured his ankle and suffered severe chest injuries–Foyt came back to continue his string of impressive achievements. In 1967, he won his third Indy 500 in a car he had designed himself, with his father Tony as chief mechanic. Two weeks later, he traveled to France and won the 24 Hours of LeMans international competition with teammate Don Gurney. With a win at the Daytona 500 in 1972, Foyt became the first driver to win all three major races in motor sports: the Indy 500, the Daytona 500 and the 24 Hours of LeMans.
In addition to the records for most total victories (67), most national championships (7) and most victories in one season (10), Foyt also has the most consecutive Indy 500 starts: He competed in the race for 35 straight years. His fourth win came in 1977, when the 42-year-old Foyt screamed around the track at an average speed of 161.331 mph. Only two other men have equaled his record of four Indy 500 wins.
In 1989, Foyt became the first driver inducted into the brand-new Motor Sports Hall of Fame in Novi, Michigan. He practiced at the Indy 500 track in 1993, but retired on the first day of qualifying races. Apart from auto racing teams, Foyt’s later business interests have included car dealerships, funeral homes, oil investments and thoroughbred racehorses.