April 28th...This Day in History (Now with links to other events) 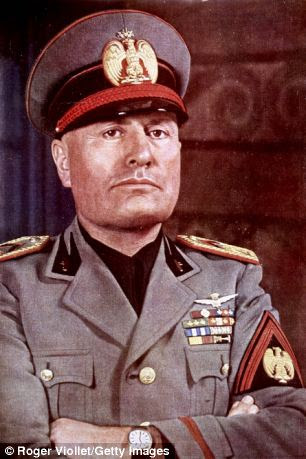 On this day in 1945, “Il Duce,” Benito Mussolini, and his mistress, Clara Petacci, are shot by Italian partisans who had captured the couple as they attempted to flee to Switzerland.
The 61-year-old deposed former dictator of Italy was established by his German allies as the figurehead of a puppet government in northern Italy during the German occupation toward the close of the war. As the Allies fought their way up the Italian peninsula, defeat of the Axis powers all but certain, Mussolini considered his options. Not wanting to fall into the hands of either the British or the Americans, and knowing that the communist partisans, who had been fighting the remnants of roving Italian fascist soldiers and thugs in the north, would try him as a war criminal, he settled on escape to a neutral country.
He and his mistress made it to the Swiss border, only to discover that the guards had crossed over to the partisan side. Knowing they would not let him pass, he disguised himself in a Luftwaffe coat and helmet, hoping to slip into Austria with some German soldiers. His subterfuge proved incompetent, and he and Petacci were discovered by partisans and shot, their bodies then transported by truck to Milan, where they were hung upside down and displayed publicly for revilement by the masses.