April 16th...This Day in History (Now with links to other events) 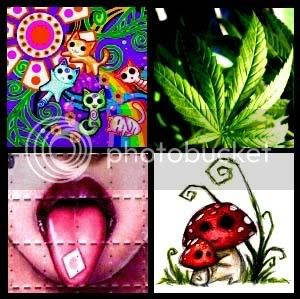 In Basel, Switzerland, Albert Hoffman, a Swiss chemist working at the Sandoz pharmaceutical research laboratory, accidentally consumes LSD-25, a synthetic drug he had created in 1938 as part of his research into the medicinal value of lysergic acid compounds. After taking the drug, formally known as lysergic acid diethylamide, Dr. Hoffman was disturbed by unusual sensations and hallucinations. In his notes, he related the experience:
“Last Friday, April 16, 1943, I was forced to interrupt my work in the laboratory in the middle of the afternoon and proceed home, being affected by a remarkable restlessness, combined with a slight dizziness. At home I lay down and sank into a not unpleasant, intoxicated-like condition characterized by an extremely stimulated imagination. In a dreamlike state, with eyes closed (I found the daylight to be unpleasantly glaring), I perceived an uninterrupted stream of fantastic pictures, extraordinary shapes with intense, kaleidoscopic play of colors. After some two hours this condition faded away.”
After intentionally taking the drug again to confirm that it had caused this strange physical and mental state, Dr. Hoffman published a report announcing his discovery, and so LSD made its entry into the world as a hallucinogenic drug. Widespread use of the so-called “mind-expanding” drug did not begin until the 1960s, when counterculture figures such as Albert M. Hubbard, Timothy Leary, and Ken Kesey publicly expounded on the benefits of using LSD as a recreational drug. The manufacture, sale, possession, and use of LSD, known to cause negative reactions in some of those who take it, were made illegal in the United States in 1965.