April 14th...This Day in History (Now with links to other events) 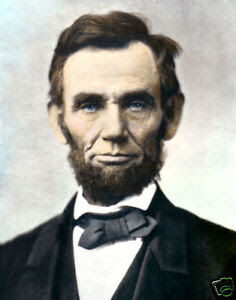 On this day in 1865, John Wilkes Booth, an actor and Confederate sympathizer, fatally shoots President Abraham Lincoln at a play at Ford’s Theater in Washington, D.C. The attack came only five days after Confederate General Robert E. Lee surrendered his massive army at Appomattox Court House, Virginia, effectively ending the American Civil War.
Booth, a Maryland native born in 1838, who remained in the North during the war despite his Confederate sympathies, initially plotted to capture President Lincoln and take him to Richmond, the Confederate capital. However, on March 20, 1865, the day of the planned kidnapping, the president failed to appear at the spot where Booth and his six fellow conspirators lay in wait. Two weeks later, Richmond fell to Union forces.
In April, with Confederate armies near collapse across the South, Booth hatched a desperate plan to save the Confederacy. Learning that Lincoln was to attend a performance of “Our American Cousin” at Ford’s Theater on April 14, Booth masterminded the simultaneous assassination of Lincoln, Vice President Andrew Johnson and Secretary of State William H. Seward. By murdering the president and two of his possible successors, Booth and his conspirators hoped to throw the U.S. government into disarray.
On the evening of April 14, conspirator Lewis T. Powell burst into Secretary of State Seward’s home, seriously wounding him and three others, while George A. Atzerodt, assigned to Vice President Johnson, lost his nerve and fled. Meanwhile, just after 10 p.m., Booth entered Lincoln’s private theater box unnoticed and shot the president with a single bullet in the back of his head. Slashing an army officer who rushed at him, Booth leapt to the stage and shouted “Sic semper tyrannis! [Thus always to tyrants]–the South is avenged!” Although Booth broke his leg jumping from Lincoln’s box, he managed to escape Washington on horseback.
The president, mortally wounded, was carried to a lodging house opposite Ford’s Theater. About 7:22 a.m. the next morning, Lincoln, age 56, died–the first U.S. president to be assassinated. Booth, pursued by the army and other secret forces, was finally cornered in a barn near Bowling Green, Virginia, and died from a possibly self-inflicted bullet wound as the barn was burned to the ground. Of the eight other people eventually charged with the conspiracy, four were hanged and four were jailed. Lincoln, the 16th U.S. president, was buried on May 4, 1865, in Springfield, Illinois.