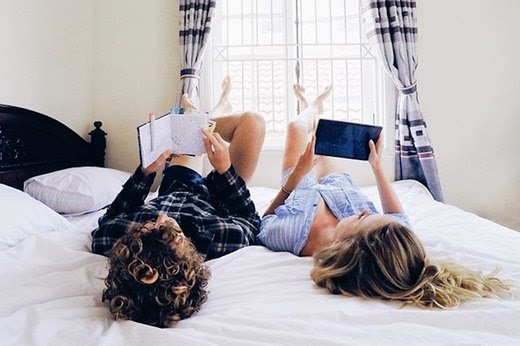 If the only fun you’ve had naked lately consists of a bubble bath, you’re not alone. Going from sexually active to sexless is relatively common, especially in long-term relationships. You may find yourself no longer having sex due to a breakup, changes in your health or life stress. While sex isn’t necessary for overall wellness, there is scientific proof that physical intimacy, arousal and orgasm can invite some pretty awesome benefits you may miss out on by going sex-free. Read on to learn about how not having sex can negatively impact your physical and emotional well-being — and then use this information as motivation to get back on the wagon.

Arousal and orgasm can cause the release of feel-good chemicals (endorphins) in your body. These chemicals are known to relieve pain and boost mood. If you stop regularly having sex you may then miss those rushes — similar to putting an end to the workouts, that once gave you the proverbial “runner’s high,” says Sheila Loanzon, M.D., a gynecologist in San Jose, California.

Related: Meet the Women Who Are Changing Health and Wellness

If you remember how relaxed you once felt after a romp between the sheets, you may not be surprised to learn that less sex makes way for more stress. In a study published in the Journal of Family Psychology in 2010, female college students reported their levels of daily stress and sexual activity during several months before a major exam. Women who reported the most stress also reported having less sex. While there are other ways to manage stress, you may end up noticing that your stress levels go up as your sexual activity declines. On the flip side, high levels of stress can make sex less appealing.

Related: 6 Signs Your Partner Is Having an Emotional Affair

Physical intimacy works like feel-good glue for many couples, drawing and keeping you more connected emotionally. Unless you’re asexual, having less sex with your partner may lead to a drop in satisfaction for you both. The Journal of Family Psychology study also showed that women who reported less sex reported less relationship gratification. This may be partly because orgasm causes the release of the brain chemical oxytocin, also known as “the bonding hormone.” Oxytocin produces a sense of trust and closeness and may even help you and your partner see each other in a more positive light.

Shifting from sexually active to sexually sedentary may also damage your relationships in another way — including the relationship with yourself. “From a medical perspective, having less sex will not affect neurotransmitters or medical diseases,” said gynecologist, Sheila Loanzon, M.D. “However, it is the emotions and judgments that we superimpose on ourselves that can be detrimental.” Minimal sex or sex drive can lead to a smorgasbord of emotional challenges, such as self-judgment, embarrassment and anxiety. “These emotions begin to fester internally and can extend to our relationships and be palpable to partners,” she adds.

Seldom getting busy may be a recipe for fewer erections. A study published in the American Journal of Medicine in 2008 showed that men who reported having sexual intercourse once per week were half as likely to experience erectile dysfunction when compared with men who had less frequent sex. The researchers, who studied more than 900 male participants ages 55 to 75, concluded that routine intercourse may protect against ED. While many other factors contribute to ED, says New York City sex therapist Stephen Snyder, M.D., once it occurs it can lead to additional problems, such as relationship tenseness... and sex avoidance. “ED is probably the number-one reason men avoid partner sex.”

Regular vaginal sexual activity, whether with a partner or solo, promotes vaginal health. This is especially important from midlife and beyond, according to the North American Menopause Society, because dryness and less elasticity are a common result of hormonal shifts. Sex play stimulates blood flow to your genitals, helping to keep your vaginal muscles toned and maintaining their current length and stretchiness. Similar to managing erectile dysfunction, this tends to make sex more appealing and enjoyable as well.

Related: 9 Signs Your Relationship Is in Trouble

It’s tough to say which comes first, low sexual activity or low moods, but research shows a significant link between the two, according to a report published in the Journal of Economic Behavior and Organization in May 2015. If you’re feeling down or depressed, you may be less interested in sex. Given the feel-good perks of sex, however, there’s also a fair chance that going from a robust sex life to very little sex could contribute to blah moods. Engaging in foreplay and sex somewhat regularly may be just what the doctor ordered.

This is another possible Catch-22. While sex may help minimize stress and benefit heart health, stress and poor cardiovascular health can interfere with arousal and sexual function. One study, published in the American Journal of Cardiology in 2010, linked low sex frequency with an increased likelihood of cardiovascular disease. Studies like this one don’t necessarily prove that sex prevents heart disease, according to the Cleveland Clinic, but they do show that sex suits a heart-healthy lifestyle.

Touch, arousal and orgasm lower stress levels in the body through pleasure, providing a sense of comfort and release and setting those feel-good chemicals in motion. All of this is helpful for your immune system because a less stressed body can better fend off illnesses. No longer having sex may undo those benefits you were receiving, potentially making you more vulnerable to colds, the flu and other viruses.

While it can have the opposite effect, having less sex may lead you to desire less sex over time. Many people and sex experts report that “use it or lose it” applies to your libido. From a physical standpoint, if having little to no sex has detrimental effects on your sexual health — causing vaginal dryness or erectile dysfunction, for example — you and your body may become less easily or frequently aroused. And the less habitual sex becomes, the more you may gradually grow accustomed to not having it or begin seeing yourself as less sexual. Think of it as a snowball effect.

Related: 11 Sexy Healthy Foods You Can Eat Off Your Lover's Body

WHAT YOU CAN DO TO BRING SEXY BACK

If you’d like to get in the sexual saddle again, see your doctor if you suspect a medical issue at play. To re-up or maintain desire, gynecologist Sheila Loanzon, M.D., suggests spicing things up with variety. “Research on sexual function consistently demonstrates increased libido and pleasure in new relationships,” she says. “Although I would not advocate that people seek new partners to improve their sex life, I would encourage exploring and investigating novelty, change and a shift in perspective in their current relationship.” Managing stress, fatigue and poor body image can also help, she adds.