March 23rd...This Day in History (Now with links to other events) 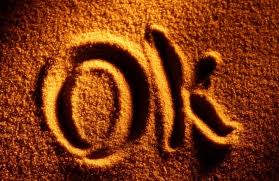 On this day in 1839, the initials “O.K.” are first published in The Boston Morning Post. Meant as an abbreviation for “oll korrect,” a popular slang misspelling of “all correct” at the time, OK steadily made its way into the everyday speech of Americans.
During the late 1830s, it was a favorite practice among younger, educated circles to misspell words intentionally, then abbreviate them and use them as slang when talking to one another. Just as teenagers today have their own slang based on distortions of common words, such as “kewl” for “cool” or “DZ” for “these,” the “in crowd” of the 1830s had a whole host of slang terms they abbreviated. Popular abbreviations included “KY” for “No use” (“know yuse”), “KG” for “No go” (“Know go”), and “OW” for all right (“oll wright”).
Of all the abbreviations used during that time, OK was propelled into the limelight when it was printed in the Boston Morning Post as part of a joke. Its popularity exploded when it was picked up by contemporary politicians. When the incumbent president Martin Van Buren was up for reelection, his Democratic supporters organized a band of thugs to influence voters. This group was formally called the “O.K. Club,” which referred both to Van Buren’s nickname “Old Kinderhook” (based on his hometown of Kinderhook, New York), and to the term recently made popular in the papers. At the same time, the opposing Whig Party made use of “OK” to denigrate Van Buren’s political mentor Andrew Jackson. According to the Whigs, Jackson invented the abbreviation “OK” to cover up his own misspelling of “all correct.”
The man responsible for unraveling the mystery behind “OK” was an American linguist named Allen Walker Read. An English professor at Columbia University, Read dispelled a host of erroneous theories on the origins of “OK,” ranging from the name of a popular Army biscuit (Orrin Kendall) to the name of a Haitian port famed for its rum (Aux Cayes) to the signature of a Choctaw chief named Old Keokuk. Whatever its origins, “OK” has become one of the most ubiquitous terms in the world, and certainly one of America’s greatest lingual exports.

(More Events on This Day in History)
Posted by Unknown at 00:00