Raider Gets A Vagina

The Raider (Our WebMaster) Has 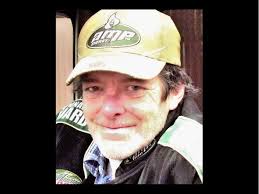 The Man With A Brand New Vagina

The perfect vagina is pink, plump and hairless.
its labia majora, curled primly to frame the entrance of the vagina and a clitoris with a hood so dainty that it might even be called cute. For this reason, Raider (webmaster of Raider Country) just had to have one of these.
And so, the perfect vagina was created on an operating table, during a cosmetic surgery performed on The Raider Webmaster of Raider Country.
The operation Raider Said, 'was quick and quite painless.' This reporter believes that the painless aspect was probably due to the relatively small size of Raider's penis.  He did not feel any more pain while it was being sliced off as he would have if he burst a pimple on his face. Actually, his former manhood was once noticed by a doctor during an exam who explained when spotting it..."You are fine Al, but you seem to have a small growth between your legs, a bruise or something!"
Allen also made mention that he was tired of lady friends greeting him with words like;
"Hi Al, how's the little man", or "How ya doin' shorty!"
He said "One gal actually took a photo of it to have enlarged!"
Allen professes that he is much happier now and glad he does not have to deal with his one inch stroke BOTH WAYS!
We will look forward to hearing more from Al about his brand new equipment.
Look for some interesting new recipes from Allen that he is creating for his Avon Parties.
OH! Al, don't forget to sit down on the toilet ok?
Check Back For Updates On Raider's Progress